The homeless service event was a successful one. We started off the day by going to the gurduwara at 9:00 and sorting out the donations. The clothes were separated by gender and age group. With the help of all of the volunteers we got done in about an hour.

Next some people went to help out with making the food. We made spaghetti and cut fruit. At 11:00 we started to load the
donations and food into the cars. Twenty minutes later we left to go to downtown. 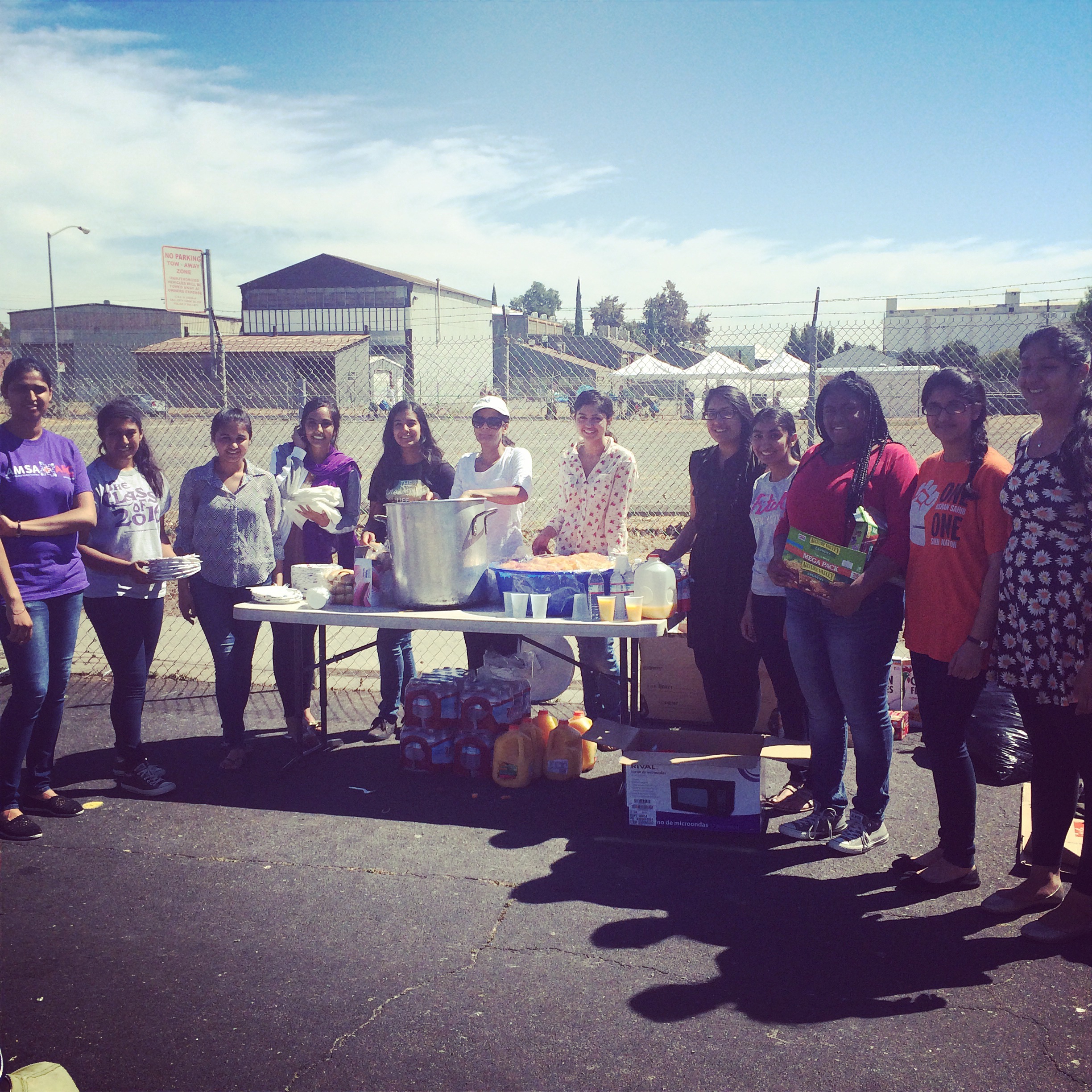 When we arrived the table and the supplies were set up quickly. People saw us and asked what we were doing; we told them about our plans to serve the community. They were familiar with this because the individuals mentioned "Indians" doing this before. A line started to slowly form at the table and the homeless were excited to get food. They brought along their friends and family to get free snacks and clothes. Most of the individuals were grateful and kept thanking us. It was nice to know we could give back to the community we live in.

Bisman Kaur is a student at Natomas Pacific Pathways Prep. She is a member of the Sikh Honor and Service Society and Misl Sacramento.