The Jakara Movement is made of a staff of 11 phenomenal individuals, throughout the state of California. Our staff members come from a diverse background of educational and professional experiences. They have worked with numerous organizations and have individually received more awards and accolades than we can name. 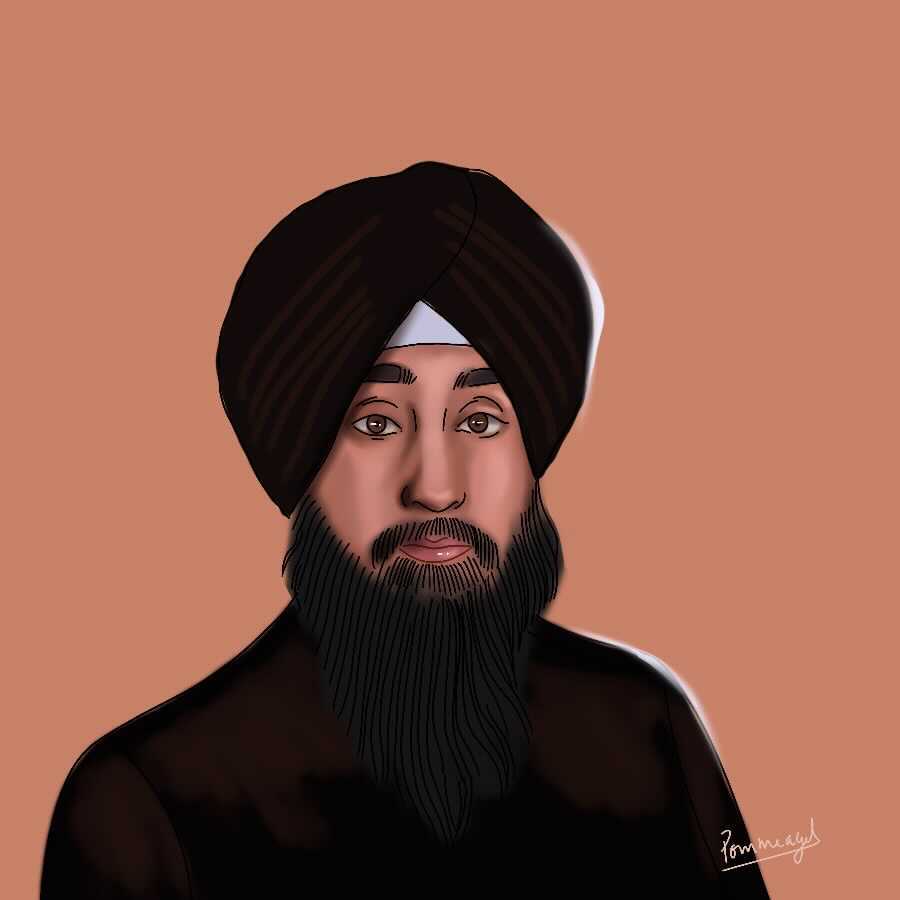 Formed and raised in the Central Valley, Naindeep's commitment and passion to social, racial, and class justice has helped shape his view of the world.  Educated at UCLA and Johns Hopkins University, he has received numerous awards for his academic, scholarly, and research interests.  He was one of the founders of the Jakara Movement, as well as numerous community initiatives including a popular Sikh progressive blog, The Langar Hall.  If you’d like to get in touch with Naindeep, feel free to reach him at [email protected]. 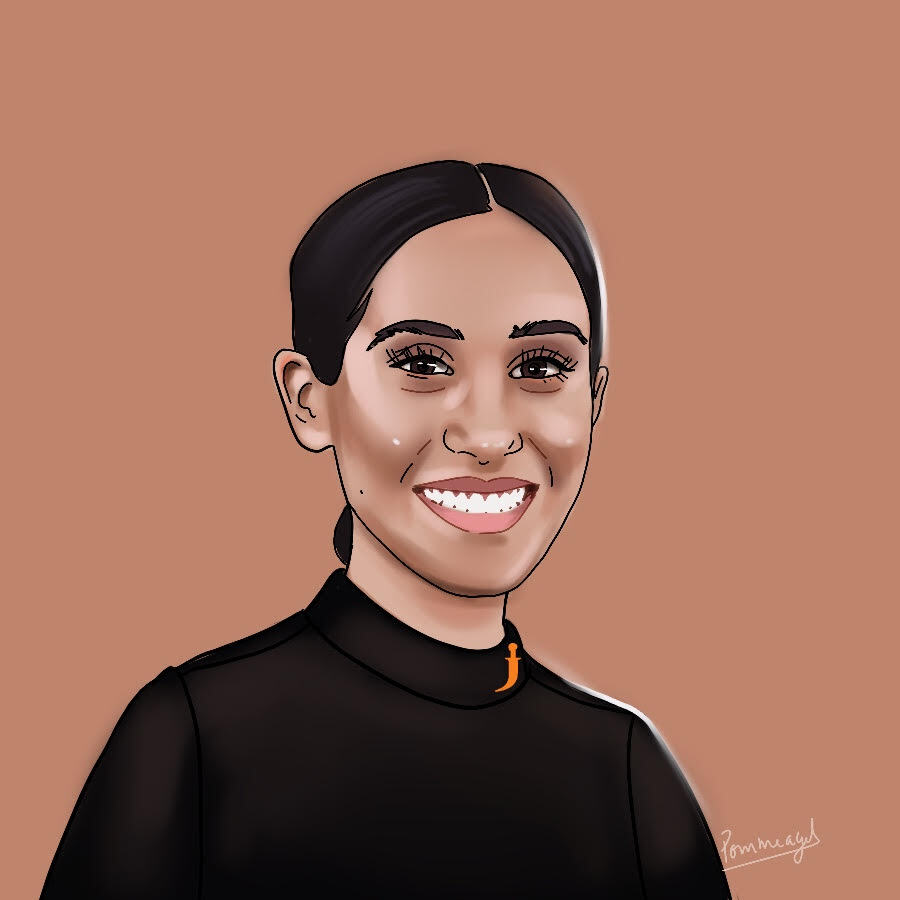 Manpreet leads the development efforts that fund the Movement locally and statewide. Manpreet's established the Jakara Movement's Kern County chapter as a community organizer in her hometown. Manpreet has been appointed to numerous city and county commissions while serving on many local initiatives and receiving numerous awards for her community work, including Bakersfield's Top 30 under 40 in 2019. Born and raised in the 661, Manpreet Kaur is a product of Bakersfield's public schools and Wilson Gurdwara's Punjabi School. Educated at UC San Diego, Manpreet studied Ethnic Studies and Political Science. Manpreet's lens is shaped by her commitment to economic, racial, health, and social justice. Manpreet is also a Graduate student obtaining degrees in both Urban Planning and Public Policy at the University of Wisconsin - Madison. Manpreet spends her time thinking about the baby flamingo left behind by its flock after salt solidified on its legs, in Our Planet. If you can sing the entirety of a Sade, Curtis Mayfield, or Badu track, or you'd like to help fund the Movement - email Manpreet Kaur at [email protected]. ਊਡੇ ਊੂਡਿ ਆਵੈ ਸੈ ਕੋਸਾ ਤਿਸੁ ਪਾਛੈ ਬਚਰੇ ਛਰਿਆ॥ ਤਿਨ ਕਵਣੁ ਖਲਾਵੈ ਕਵਣੁ ਚੁਗਾਵੈ ਮਨ ਮਹਿ ਸਿਮਰਨੁ ਕਰਿਆ॥੩॥(ਅੰਗ ੧੦). 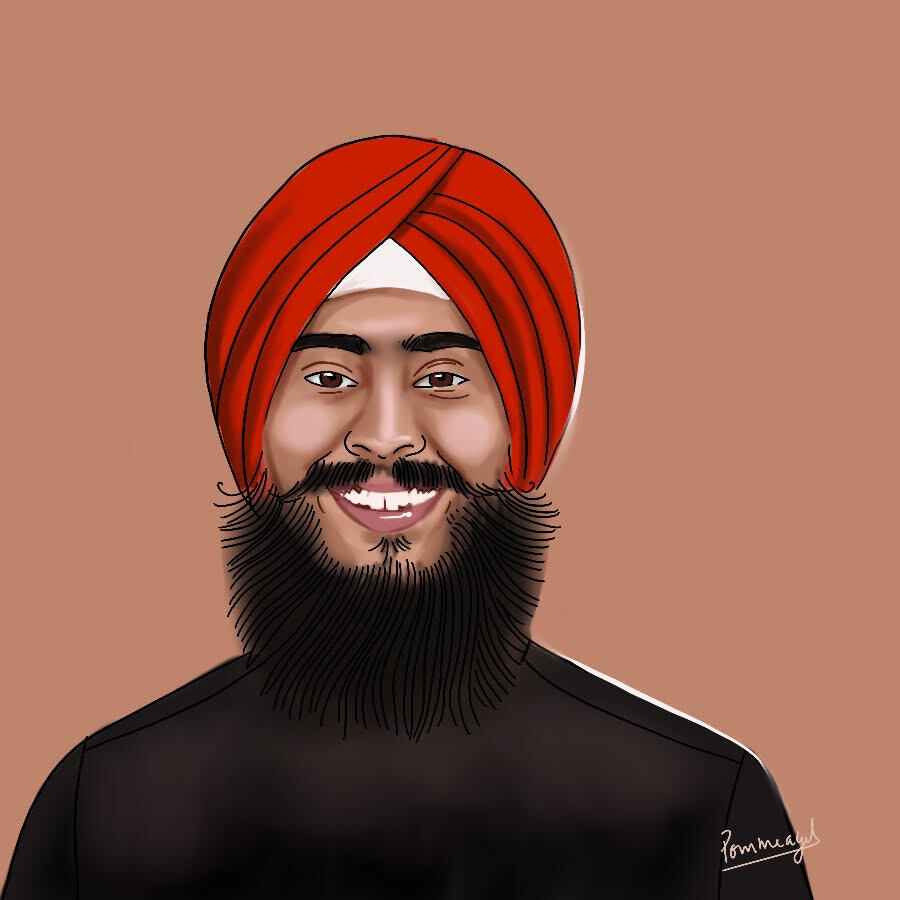 Harjit Singh was raised in Yuba City. Growing up, Harjit has been involved with his local community through sports, community service, and student government. After graduating from Yuba City High School, Harjit studied astrophysics and geophysics at UC Berkeley. There, Harjit began to get involved in Jakara Movement. He engaged in Sikhi-inspired social justice work through Jakara and Sikh Students Association, and he took part in a congressional internship in Washington D.C. through SALDEF. These experiences led Harjit to teach high school physics in Brooklyn, New York. There, he learned the power of youth work and youth organizing so he decided to move back to Yuba City to organize in his home community. When he is not focused on community work, you can find Harjit hiking a beautiful trail, playing frisbee, or picking up litter and recycling. Get in touch with Harjit at [email protected]. 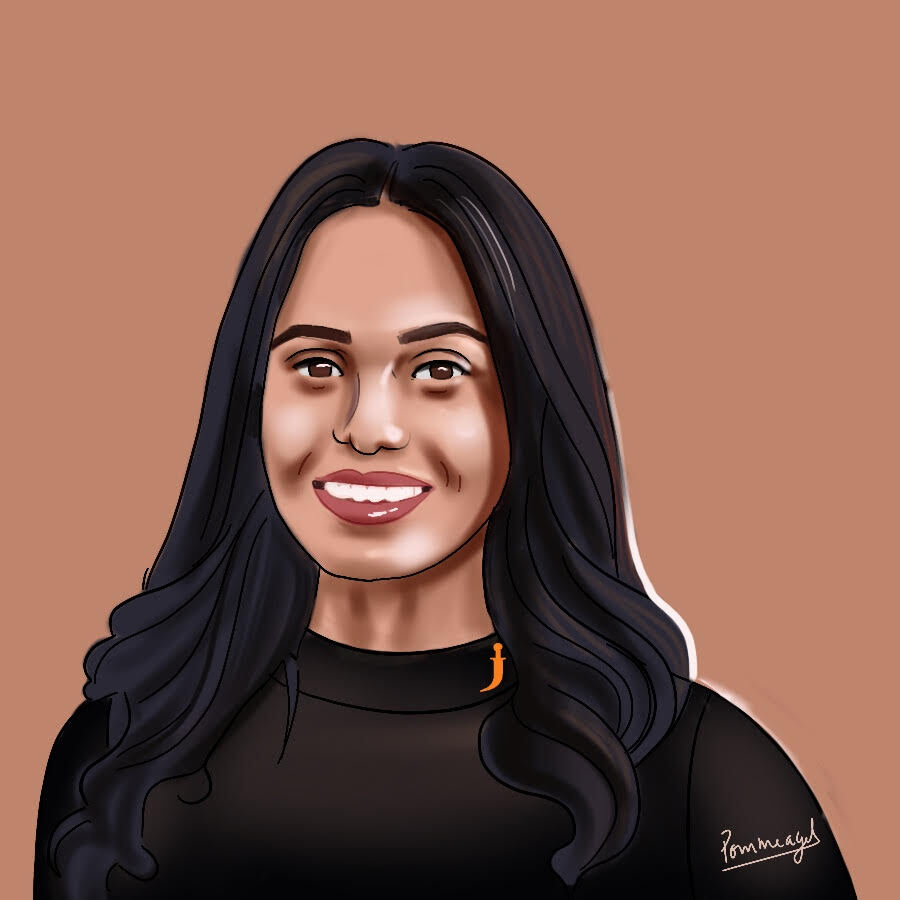 Jaspreet Kaur was born and raised in the 209 and takes great pride her hometown, Ceres. She left home for the first time to obtain her B.S in Health Sciences from CSU East Bay. As her passion for health grew, she went on and earned her Masters of Public Health from San Jose State University. Despite her growing love for the Bay Area, there was really no place like home. Jaspreet moved back to Ceres after finishing her studies and is now mobilizing the Sikh Punjabi community in her region through a public health lens. Jaspreet loves trying new food and being around nature. In order to strive, she needs her daily doses of coffee and exercise. If you’d like a daily positive affirmation, get in touch with Jaspreet at [email protected]. 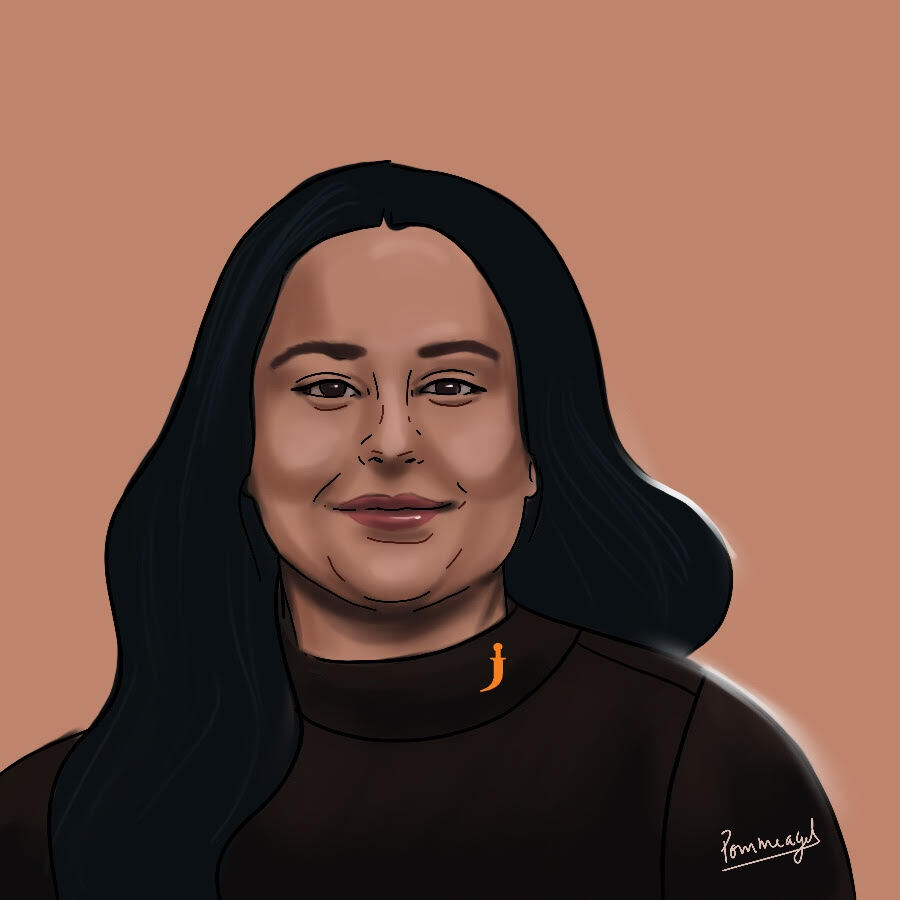 Ragini was born in Bangkok, Thailand, and moved to the Bay Area at the age of twelve. Music and Keertan was an integral part of her life which shaped her identity as an artist and a Sikh woman. Through music, Ragini was able to learn about her roots and heritage, and grew to cherish her Sikh identity. Ragini has always been involved in the local East Bay community and participated in many Sikh youth-led events. Ragini attended San Francisco State to pursue film production, and loves to share stories through visual arts. She currently continues her passion as a musician, a photographer, and a cinematographer. She deeply cares about the growth of the Sikh community and hopes to empower the upcoming generations. Get in touch with Ragini at [email protected]. 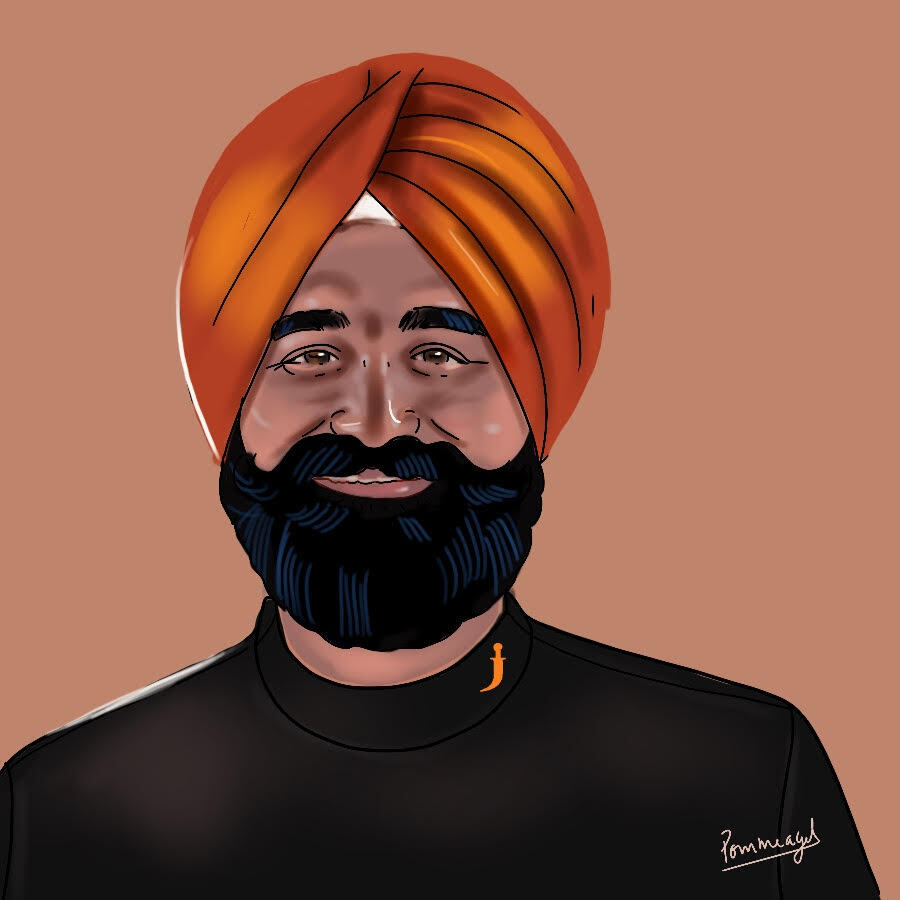 Mandeep Singh was born in Punjab, and migrated to Livingston, California during middle school. Growing up in a new environment, it was essential to hold onto our roots to feel connected. After attending University of California Davis and Santa Clara University, Mandeep gave the corporate world a run. However, nothing compares to using our skills and knowledge to advance the seva in our communities. After having been involved with Jakara in a volunteer and participant capacity since 2005, Mandeep brings that commitment to staff and hopes to inspire our community members to give back to the Panth. He is passionate about the health of our community, the soch of our community and the future of our community. Whether you want to talk basketball or hiking, plan an event or a vision of our community going forward, get in touch with Mandeep at [email protected]. 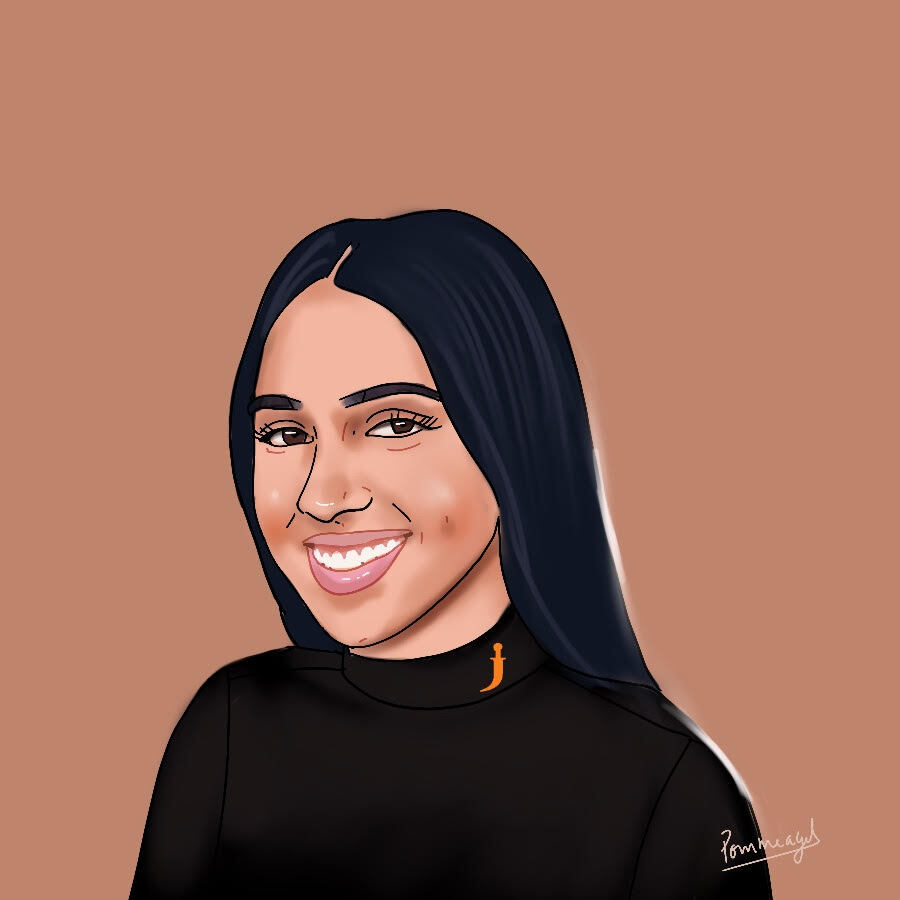 Harkiren Kaur was born and raised in Yuba City, CA.  She graduated from River Valley High School, and then went on to earn her bachelor’s degree at UC Berkeley. Harkiren is inspired by her parents and grandparents. Her grandfather was a compelling writer and advocate who was consistently vocal about human rights and community empowerment. Her parents also have dedicated themselves to community seva, especially the preservation and teaching of the beautiful Punjabi language. Harkiren’s seva comes in great inspiration of these people in her life.  Along with community work, she enjoys spending time with loved ones, trying out new recipes, and running.  If you would like to talk to Harkiren about any topic, reach out to her at [email protected]. 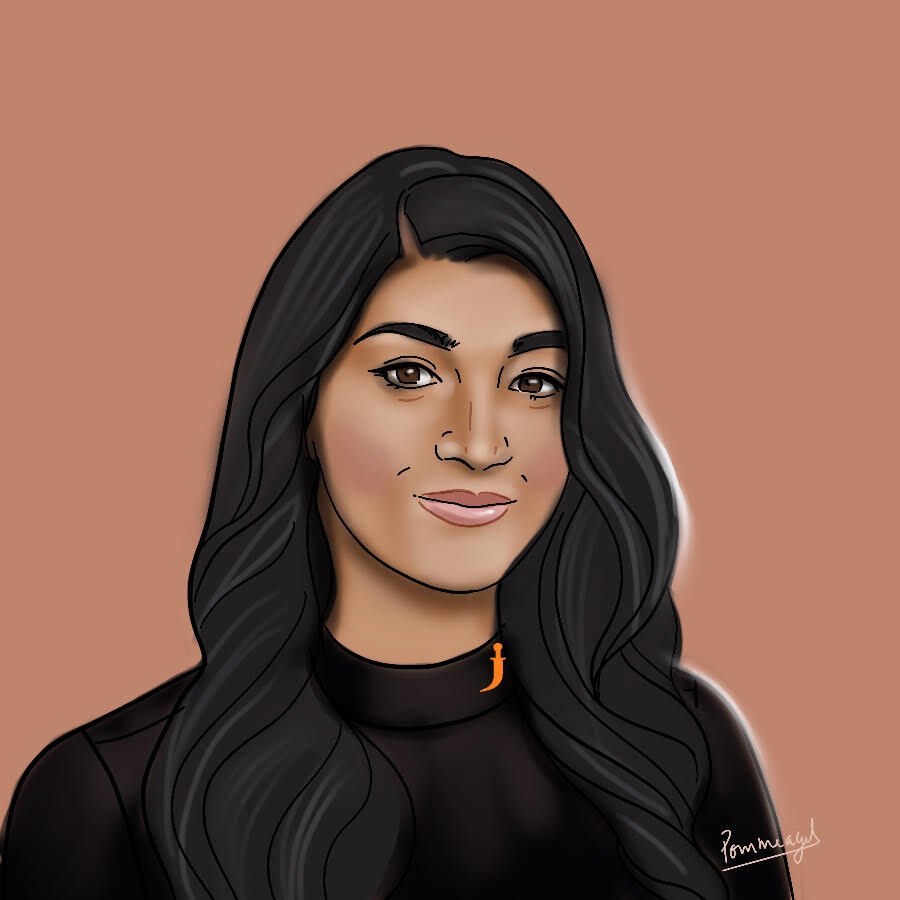 Navroop Kaur was raised in her hometown, Ceres. She obtained her B.S in Business Administration with a concentration in Human Resources from CSU Stanislaus. She takes great honor in serving her community which ultimately led her to the involvement in Jakara Movement. Navroop began JMC on her campus and helped spread the movement to locals. She loves being outdoors in nature and loves the idea of learning to create on her own. If you’d like to get in touch with Navroop or share any ideas you’d like to see implemented, email her at [email protected] 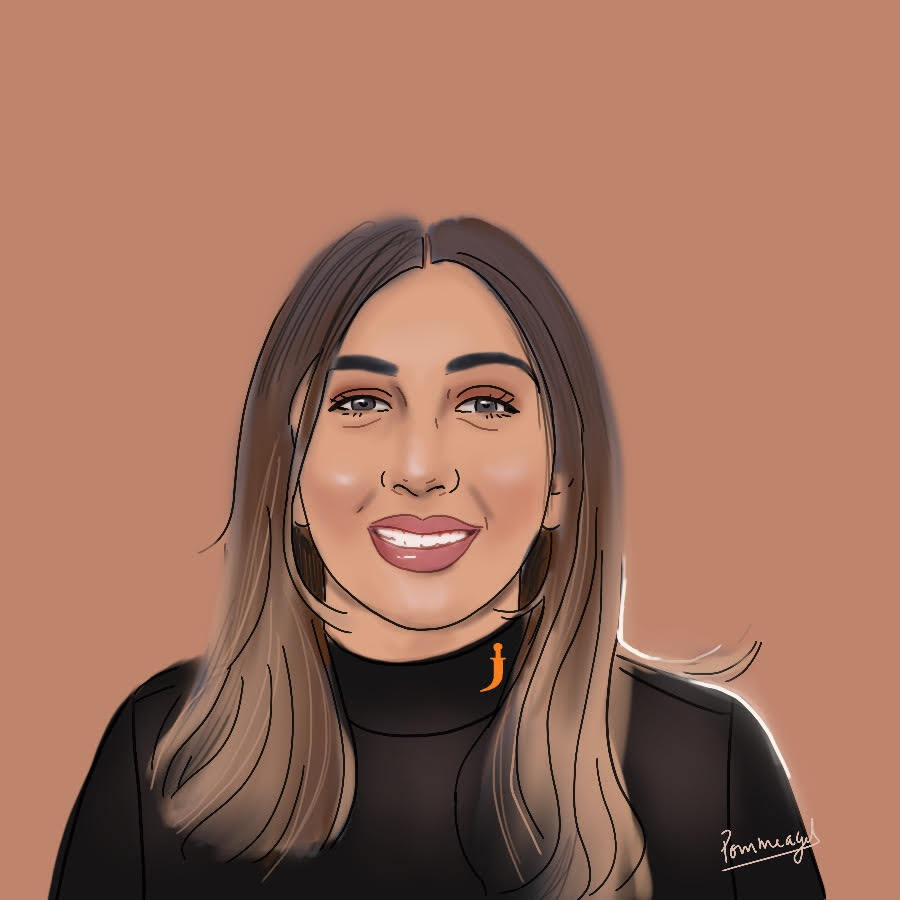 Jaskeet was born and raised in Fresno. In spring of 2020, she   completed her B.S. in Business Administration with a concentration in Computer Information Systems from Fresno   State, and began her journey on staff in the fall. Jaskeet's   involvement with the Jakara  Movement dates back to the early 2000's as she attended Jakara Juniors camps at Singh Sabha Gurdwara. She made her way back to the organization while leading the JMC on her campus for 4 years, and attending summer programming like Lalkaar, Bhujangan, and JMC Officers Retreat where she discovered her interest in the   development of the Punjabi Sikh community. In her free time, Jaskeet enjoys watching tv shows, spending time with friends, trying out new recipes, and traveling. Whether you'd like to discuss community development, good food, or a nice hiking route, get in touch with Jaskeet at [email protected]. 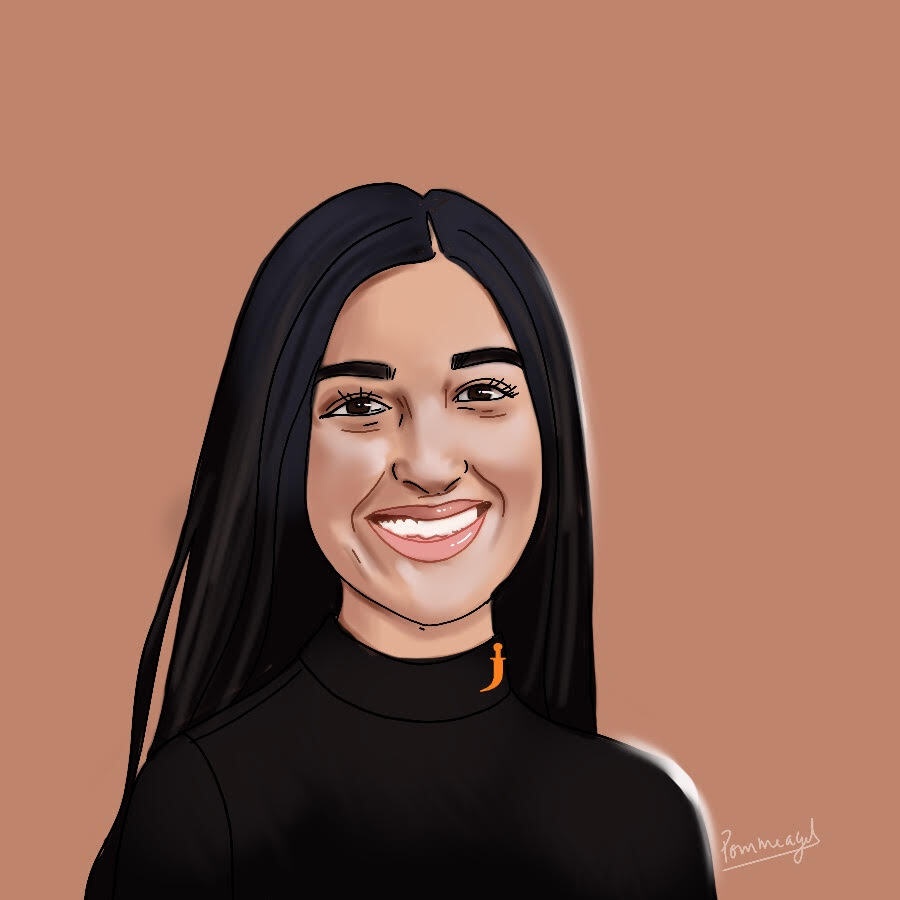 Harveen Kaur was born and raised in Bakersfield, CA. After graduating from Highland High School, she then went on to further her studies at UC Irvine where she graduated with a B.A. in Social Policy and Public Service. Her love for our Sangat inspired her to establish a JMC from UC Irvine with her fellow Kaurs. She works towards ensuring that our Sikh community has a voice at the table. Motivated by the power of Chardi Kala and Ekta of our Sangat she aspires to achieve equity while building everlasting infrastructures of support for the future generations to come. In her spare time, Harveen enjoys baking sourdough bread, spending time with her loved ones, and playing with her dogs. If you’re interested in discussing concerns of the community or even your bread baking adventures please get in touch with her at [email protected]