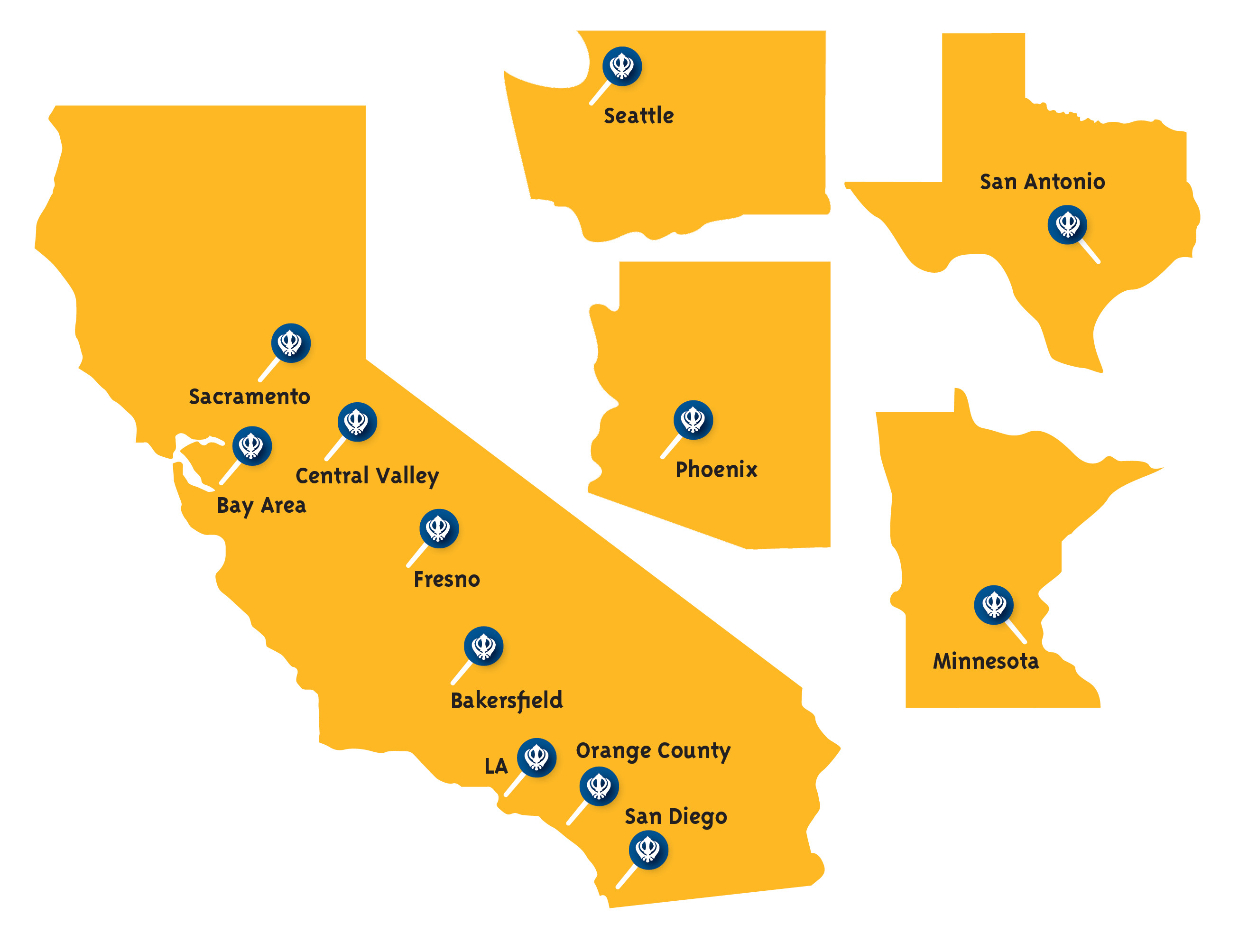 The inspiration of our forefathers/mothers of the Panth is critical to our future. The Jakara Movement, in hopes of uniting Sikh youth from across the globe, under one Nishaan Sahib, is carrying on this legacy of unification. These 'new' Misls will provide a place for those Sikhs that desire to help their community through seva and create a Sangat for all that care about our collective future.

We have Misls up and running in the following cities (and growing!):

What is a Misl?

The Misl is a Sikh institution that has been prominent in Sikh history, since the eighteenth century.  It is a term associated in Sikh history with the twelve Sikh bands and groupings that came to control various territories throughout Punjab.  However, the etymology provides even richer descriptions: according to Steingass’ Persian-English Dictionary, the word means "similitude, alike or equal," as in a confederation of equals; Wilson described it as "a voluntary association of the Sikhs.

The Misl was a voluntary grouping of Sikhs that came together for a common cause.  The Misls were involved with the social and political concerns of the time, including:

The Misls from different regions would gather together as an assembly twice a year at Darbar Sahib in Amritsar for the occasions of Vaisakhi and Bandi Chor Nivas (Divali).

The equality and opportunities of the misls made them popular for many.  Without any restriction based on class or caste, all were welcome and could join.  Irvine in his Later Mughals wrote: “In all the parganas occupied by the Sikhs, the reversal of previous customs was striking and complete.  A low scavenger or leather-dresser, the lowest of the low in Indian estimation, had only to leave home and join the Guru, when in a short space of time he would return to his birth-place as its ruler, with his order of appointment in his hand.  As son as he set foot within the boundaries, the well-born and wealthy went to greet him and escort him home.  Arrived there, they stood before him with joined palms, awaiting his orders.  A scavenger, from the nature of his duties, is intimately acquainted with the condition of every household.”

The purpose of the misl is to work outside the Gurdwara, but with it as well.  It is to bring Sikhs together in a mobile way to fulfill the needs of that local community, especially those that could most benefit.  Rattan Singh Bhangu, the most important 19th century historian, writing about Sikh history wrote in verse about the purpose of the Misls:

The needy alone deserve to be endowed with rare gifts,
What is the use of empowering those who are already powerful.
The House of the Guru is known for its compassion and generosity,
And known as the saviour and protector of the poor.