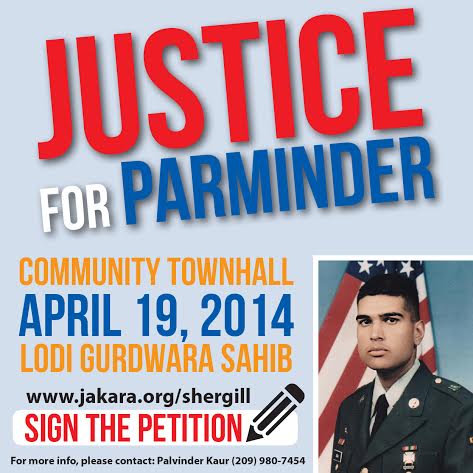 On December 31, 2014, the Lodi Police Department released the joint-commission memorandum on the killing of Parminder Shergill.  They justified the shooting and the officers' fateful decisions on that day.  The Jakara Movement has questions about the memorandum, especially in light of growing citizenry questions about the ability of the District Attorney's office to hold officers accountable.  We will be conferring with the family and other community members about future steps.  For the memorandum report see here and for the family reaction to it, see the following article.

On May 7, 2014 Jakara Movement members stood in solidarity with Shergill Family members at the Lodi City Council meeting.  We will be working to add the Shergill case into the Lodi City Council's Agenda items and continue to push for justice and to make sure such events do not happen in the future.

"Family of Veteran Killed by Police Demands Answers from City Council" from Fox40.

And the excellent continuing coverage by the Sacramento Bee's Cynthia Hubert - "Lodi Council Questioned About Fatal Shooting of Mentally Ill Vet by Cops.

The Jakara Movement organized a Town Hall discussion open to the public on Saturday (April 19, 2014) at 5pm at Lodi Gurdwara (12098 N. West Lane; Lodi, CA 95240).  Nearly 150 members of the community attended and we thank them.  Mark Merin, the civil rights attorney, answered questions by the community.

On April 3, 2014 - A federal civil-rights lawsuit was filed on behalf of the family of Parminder Singh Shergill.  We hope that answers from the Lodi Police will become more forthcoming.

See the Lodi News-Sentinel's attempt to reconstruct the events.

On January 25, 2014 Parminder Singh Shergill was shot dead by the Lodi police.  Born in Jagatpur (near Chamkaur Sahib), Punjab, Parminder came to the United States at the age of 3 with his family.  Graduating in 1989 from Lodi High School, he decided to join the Army.  He served as an infantryman, during the first Gulf War (having fought during the Gulf War in 1990-1) and was honorably discharged in 1995.  From the reports of his family, the strains of service were deep and Parminder seems to have been long suffering from Post Traumatic Stress Disorder (PTSD) upon his return.  Despite the demons from his experience, he was a loving son and brother.  His neighbors in his upscale Lodi home remembered Parminder as a kind man that always waived and smiled to all on his morning walks. 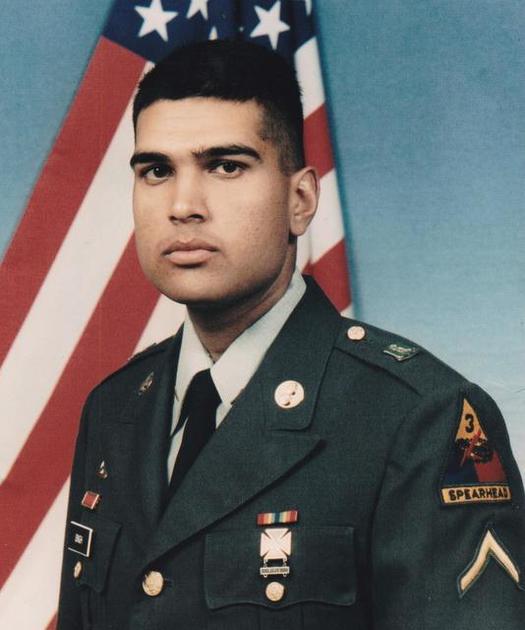 It seems that due to his mental illness, Parminder had outbursts with his family.  The family had called the police in the past to help escort their son to the local Veterans Administration (VA) Hospital to ensure that he took his medications.  The police were aware of his conditions and had dealt with him in the past.

This information is necessary to understand some of the background of the events on that fateful morning.  What exactly happened that morning of Saturday, January 25, 2014 is still largely in question.  There are strong conflicts between the police report and that of the neighbors.  What is known is that a 43 year old man lost his life and the family is calling for justice.

It seems that the morning was an extra difficult one for Parminder.  He abruptly left the house and his mother, who lives nearby, called the police for their assistance.  During Parminder’s routine morning walk to the park, he was accosted by the police.  The police did not state that they were arresting him nor did they give gave any evidence that he was to be detained.  Parminder did not stop to talk to the officers, but merely continued his walk, now returning towards his home with the two police officers – Cp. Scott Bratton and Officer Adam Lockie – following him.  According to the neighbors, the officers asked him to stop walking away, which Parminder did not comply [however, it must be added, if one is not being arrested or charged, one does not have to stop to talk to a police officer] and merely continued walking.  He did not run or quicken his pace, merely continued walking away.  As he was approaching his driveway, he began turning towards the officers and at this point was shot dead.  He was not shot once or twice, but rather twelve times. 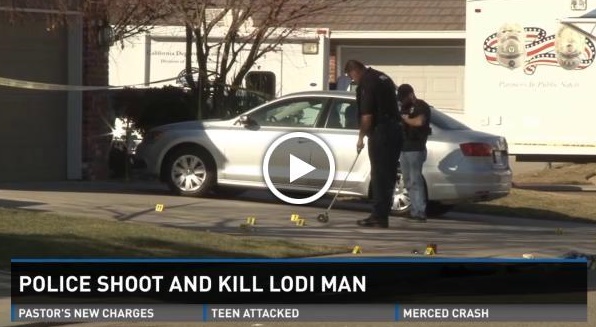 The ordeal did not stop there.  The officers claimed that they shot him, because he lunged at them with a knife.  However, the neighbors saw no knife; the neighbors didn’t see him lunge; the neighbors didn’t even see him make any threats or even verbally engage with the officers.  Even worse, as Mark Merin, the civil rights attorney that is leading the family’s case, shared neighbors were told by the police not to answer questions from the media and others.  The Lodi police then continued to add insult to injury by entering the victim’s house and confiscating items belonging to Parminder, including his diary.  At the time of writing, this is where the case rests.  On Friday evening, January 31, 2014 a candlelight vigil was held at the Lodi Gurdwara that was attended by hundreds of Sikhs and other Lodi community members, including Christians, Muslims, and Buddhists.

The ongoing case of Parminder Singh Shergill opens two important questions for the Sikh community.  The first is challenging authority and striving for justice for the family and community.  The second is around the question of mental health, especially tied to members of the armed forces.d Buddhists.  Members of the Jakara Movement went to stand in solidarity with the family and call for justice. 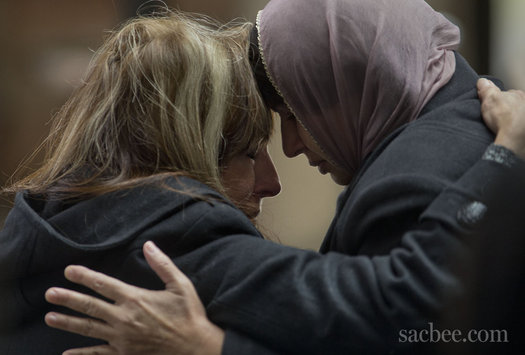 Justice for the Community and the Family

There are serious questions that need to be answered by the Lodi police.  We are confident that attorneys such as Mark Merin will do an admirable job getting those answers.  However, there may be times when a community presence and voice is also needed.  To achieve justice, the police and other agencies must be aware that we as a community care and we will mobilize in the pursuit of justice.  Please consider signing the petition below and circulate widely.  We will be following the case closely and if there are times that community pressure must be brought to bear, then we will have a group that is dedicated to this cause.  One sad sight at the candlelight vigil was to see parents shutting down high school students that had come to the vigil in solidarity.  They were curious and had questions; let us encourage their engagement with the authorities in the pursuit of justice rather than stifle them.  We must, as a Sikh community, who only all too well know the attitudes of Indian authorities, be vigilant questioning that American and police authority, when it seems justice is being stifled.  Will you stand up?

Mental Illness and the Right to Serve

A second issue that must be asked involves the question of support for mental health in our community.  Despite popular Sikh media that downplays the current role, many Sikhs are presently enlisted and serve in the armed services.  There are even popular facebook pages that bring desi veterans/active duty soldiers together in sangat and community.  It is no secret that many participate and are even core leaders within the Jakara Movement.  It is also no secret that our community has very little understanding of mental health and how to best support those that may be suffering, like Parminder.  All too often they are shunned in our community.  As some Sikhs mobilize behind the slogan of a ‘right to serve’, it is worthwhile for us as a community to contemplate along with questions that Sonny Brooklynwala brought up years ago that it may also be important to ask – do we even have the support systems in our community for those returning after their service? In our eagerness to pledge our patriotism, are we also considering the implications of that service and the trauma that often is accompanied with it, upon young men and women in our community?  All too often the answer is no.  In Parminder Singh Shergill’s that answer was also largely no.  Before we pledge to send our sons and daughters to fight in questionable wars, are we also investing in their health and safety upon their returns?

We hope these are worthwhile questions of consideration and that the Sikh community rallies together to support justice for Parminder Singh Shergill, his family, and the greater Lodi community.