Importance of Educating Our Youth

The Jakara Juniors Camp was an event full of activities, knowledge, and fun while the children learned about the events of June and October 1984. Much of the knowledge was spread through nursery rhymes, gurbani translations, videos, and rich conversations. At the camp the children learned mainly about the Human rights violations which occurred during the year of 1984, many of the children were able to grasp this knowledge through the various listed activities. The camp was extremely successful in terms of communicating the atrocities of 1984 to the children, their comments and questions reflected their understanding and interest in the topic.

A child had asked me why the Indian government had hurt the Sikhs in 1984, answering this question would have took me a great amount of time. We were definitely constrained by time, but that is perfectly fine as the interest shown by the children will definitely influence them to research what happened during 1984 . 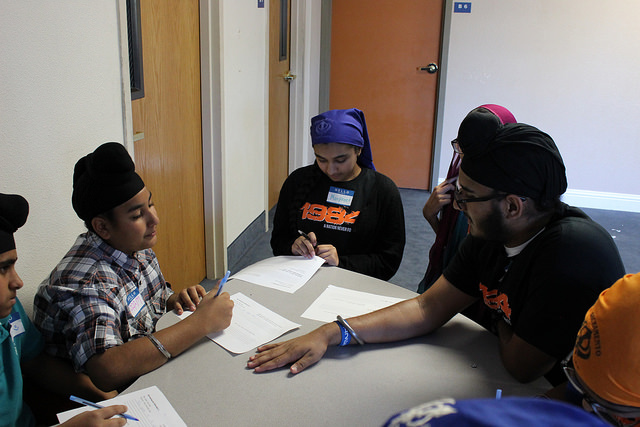 Despite the fact we did not cover the points that caused 1984 as strongly as we could, I felt that we made it clear to the kids that the Indian Government had done something very horrid to the Sikh community. That the Sikhs felt, and today feel great amounts of anguish due to these events, something that was clearly perceived by the children at that day at the camp. I have strong hopes that these kids will try to go on to dig out a sense of peace in this topic that we scratched on that Saturday only to unravel the deeper and disgusting injustices preformed by the Indian government. Upon finding these injustices, I believe a sense of action towards justice will spur in these children and that what they will discover in their personal research will stick with them for the rest of their life, just as it did for me.

Gurneel Singh is a junior at Franklin High School in Elk Grove, CA. He is an active member of Misl Sacramento and the Sikh Honor and Service Society.