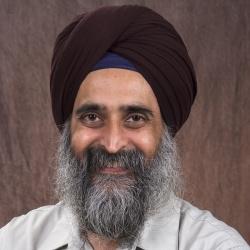 This month we are pleased to announce Professor Nirvikar Singh of UC Santa Cruz will be joining us for 2 talks on Sunday, October 24, 2015 at Paaras Youth Center from 6-8pm.  He will be giving 2 talks about Sikh youth in American from his experience as a university professor.  From 6-6:30pm he will be sharing his thoughts in Punjabi and from 6:45-7:30pm in English, followed by a Q/A.  You don't want to miss this!

Nirvikar Singh holds the Sarbjit Singh Aurora Chair of Sikh and Punjabi Studies at UCSC. He also directs the UCSC South Asian Studies Initiative within Social Sciences. He is a member of the Advisory Group to the Finance Minister of India on G-20 matters He has previously served as Director of the Santa Cruz Center for International Economics, Co-Director of the Center for Global, International and Regional Studies, Special Advisor to the Chancellor (all at UCSC), and Consultant to the Chief Economic Adviser, Ministry of Finance, Government of India. He organized one of the first major US conferences on Indian economic reform. He received his PhD from the University of California, Berkeley, and his BSc and MSc from the London School of Economics, where he was awarded the Allyn Young Prize, Gonner Prize and Ely Devons Prize. Read more about Professor Singh here!