Today we stand with the Communities United Against Modi live from Ross Street Gurdwara.  We will be live-sharing pictures and videos as we receive them.  We stand with all the Mewa Singhs of British Columbia - Vancouver, Richmond, Abbotsford, Surrey, and all the rest - united against the Indian State and its fascism, united with all communities.  While the massands of Ross Street Gurdwara are providing the red carpet, with the Sangat we will be providing the people's voice.  Keep visiting and sharing with your friends.  If you have any images from the event - feel free to send to info@jakara.org

Crowd is continuing to grow larger.  More and more protestors are arriving.

Sikh women providing the voice of a community, standing for justice. 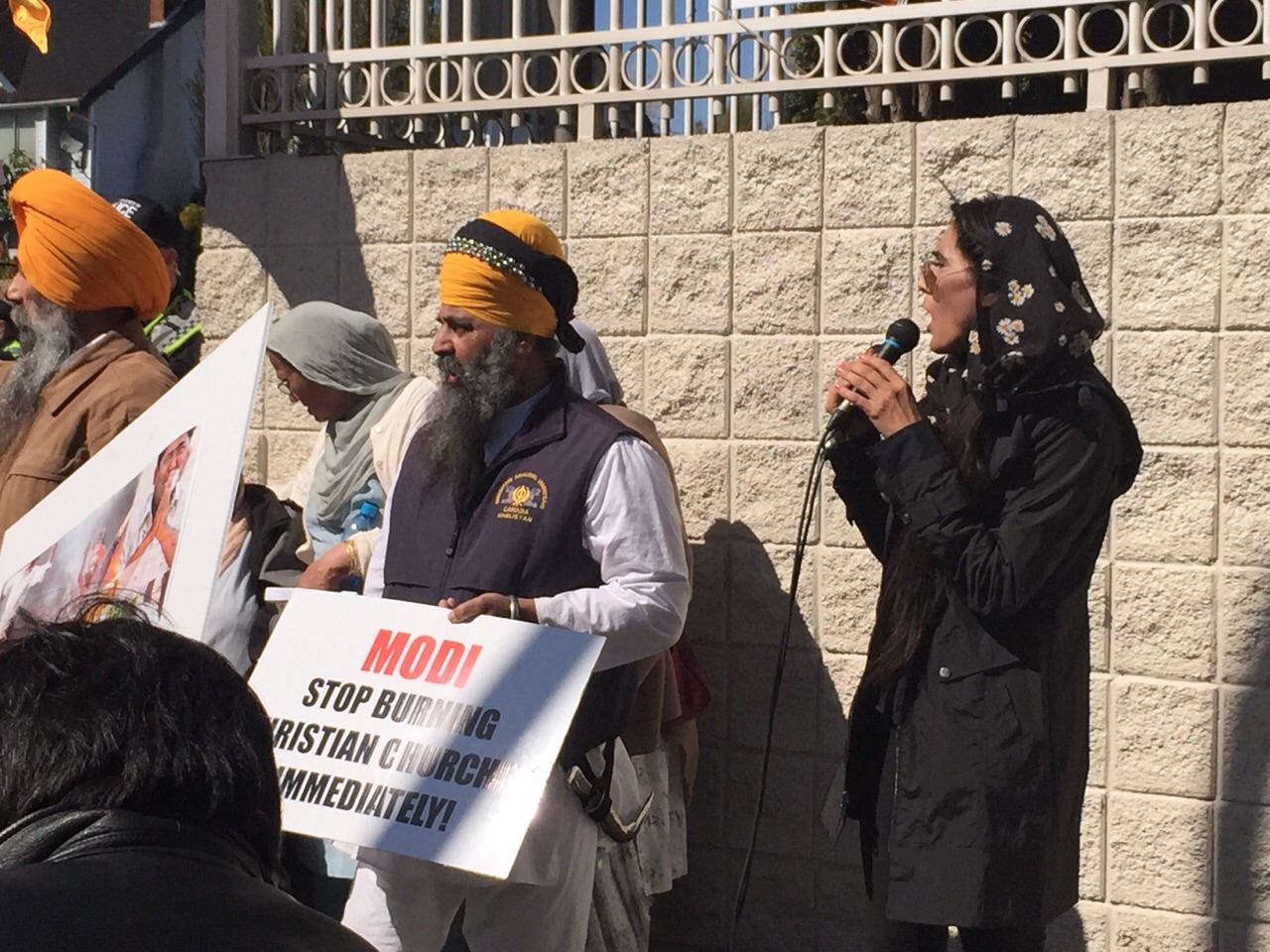 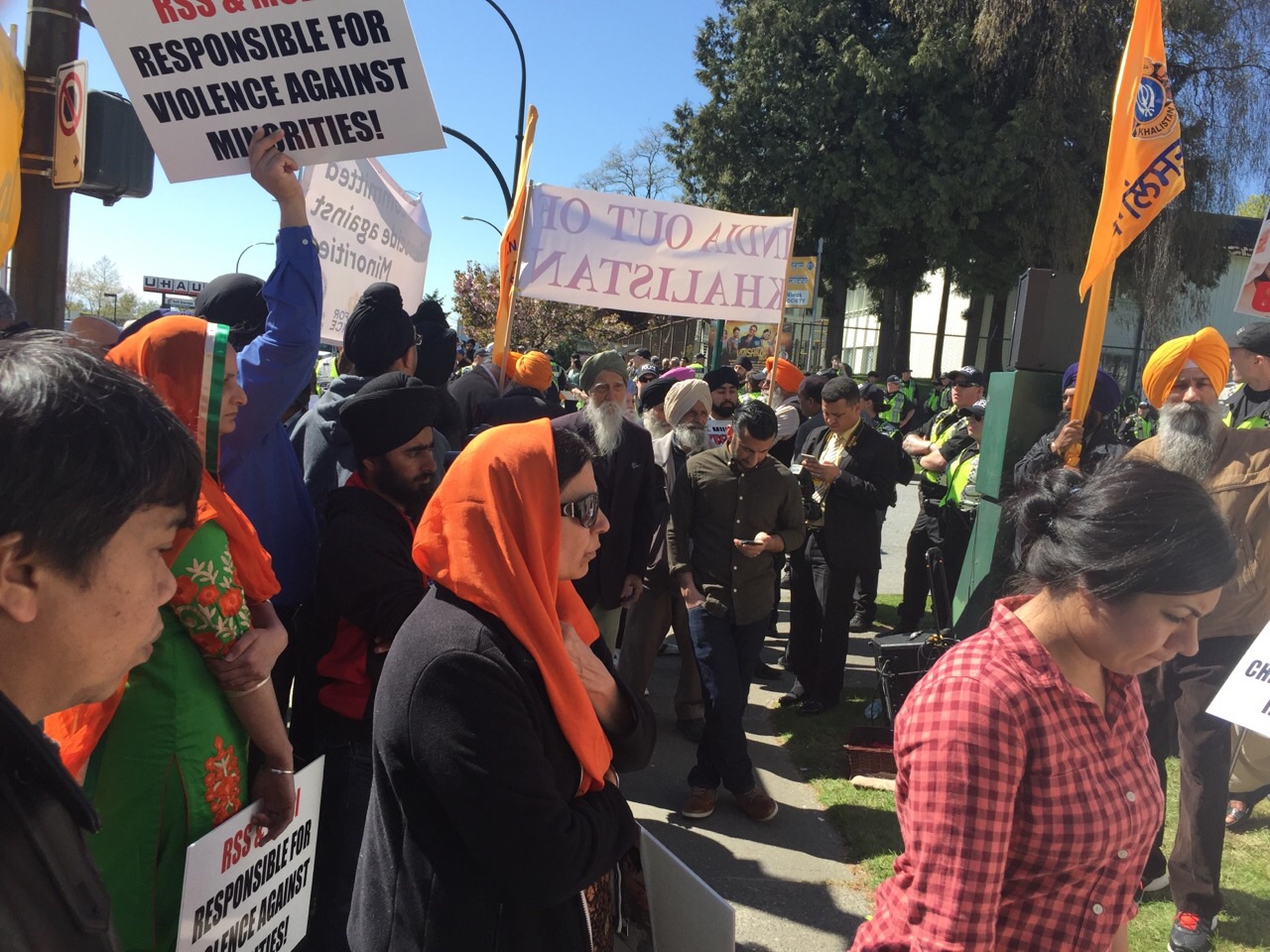 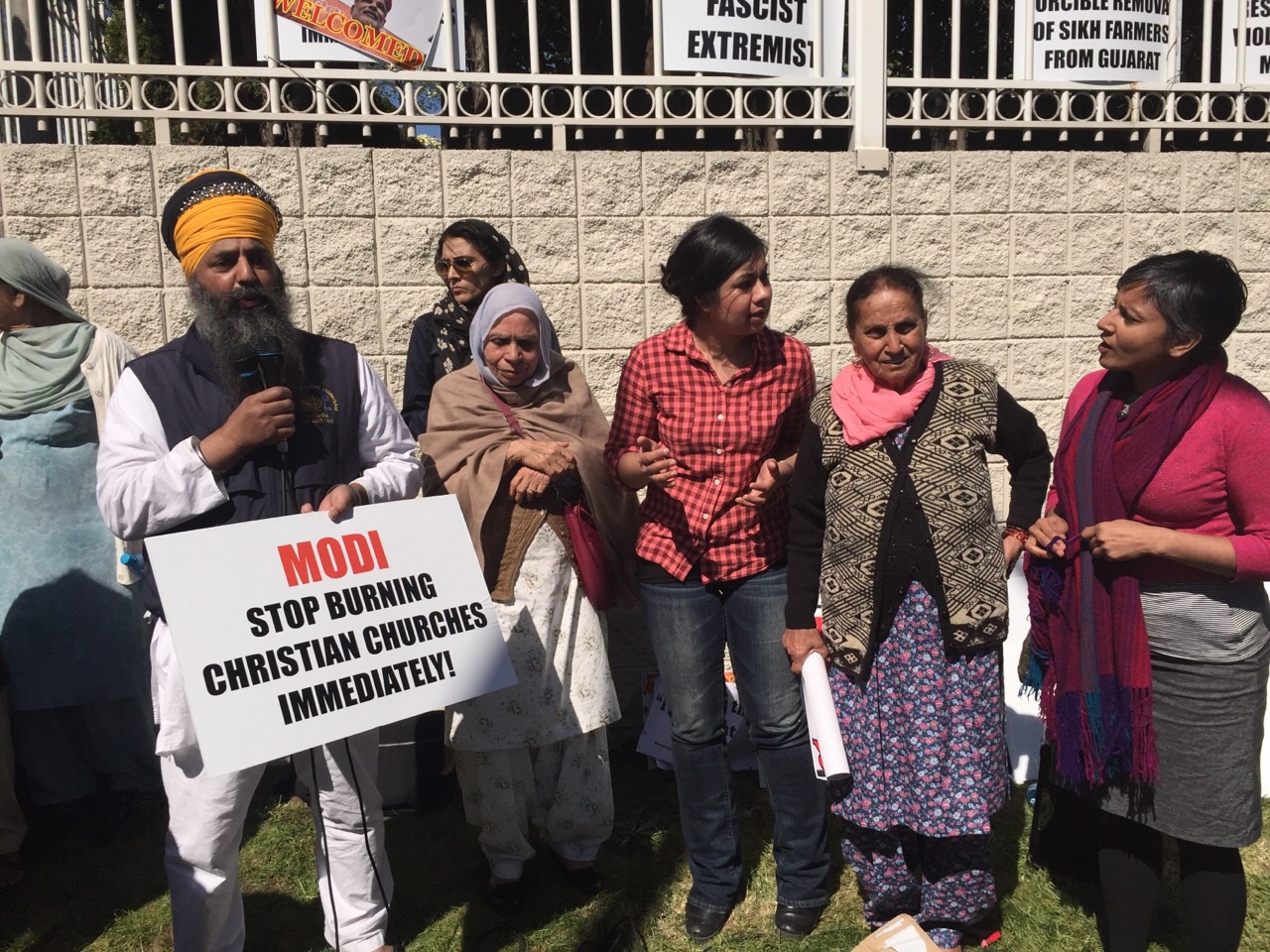 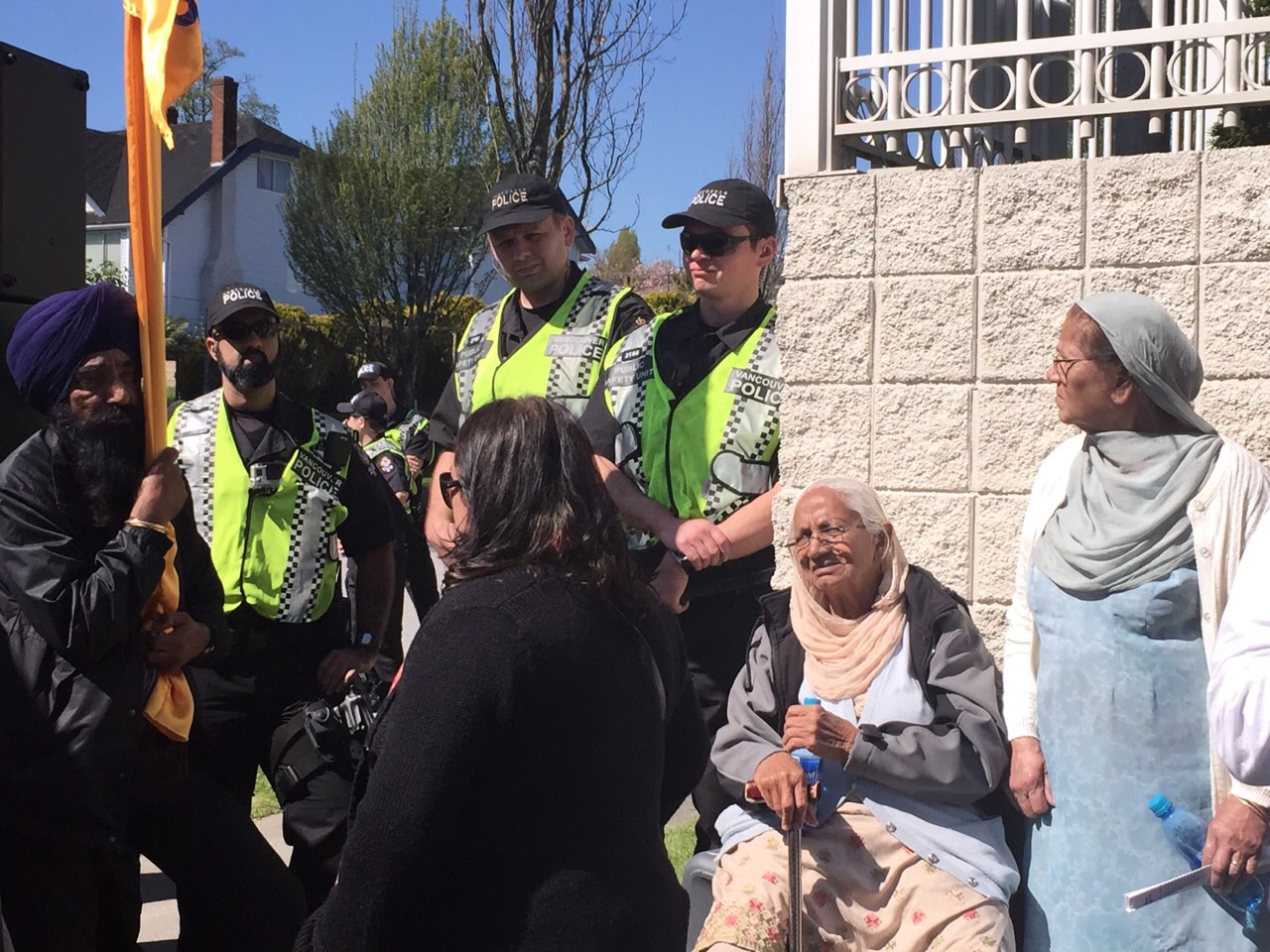 Sister raising her voice in dissent, solidarity, and power.

Just took over the streets around Ross Street Gurdwara - police threatening mass arrests.  Without fear and without hate - Nirbhau and Nirvair!

Uncle ji saying in Punjabi, let humanity witness that men and women came together on this day to stand for justice - together!

Honored to be shoulder to shoulder with Adivasia community!

Invoking the Sikh tradition to stand for justice

This is what democracy looks like - Communities United finding their voice! 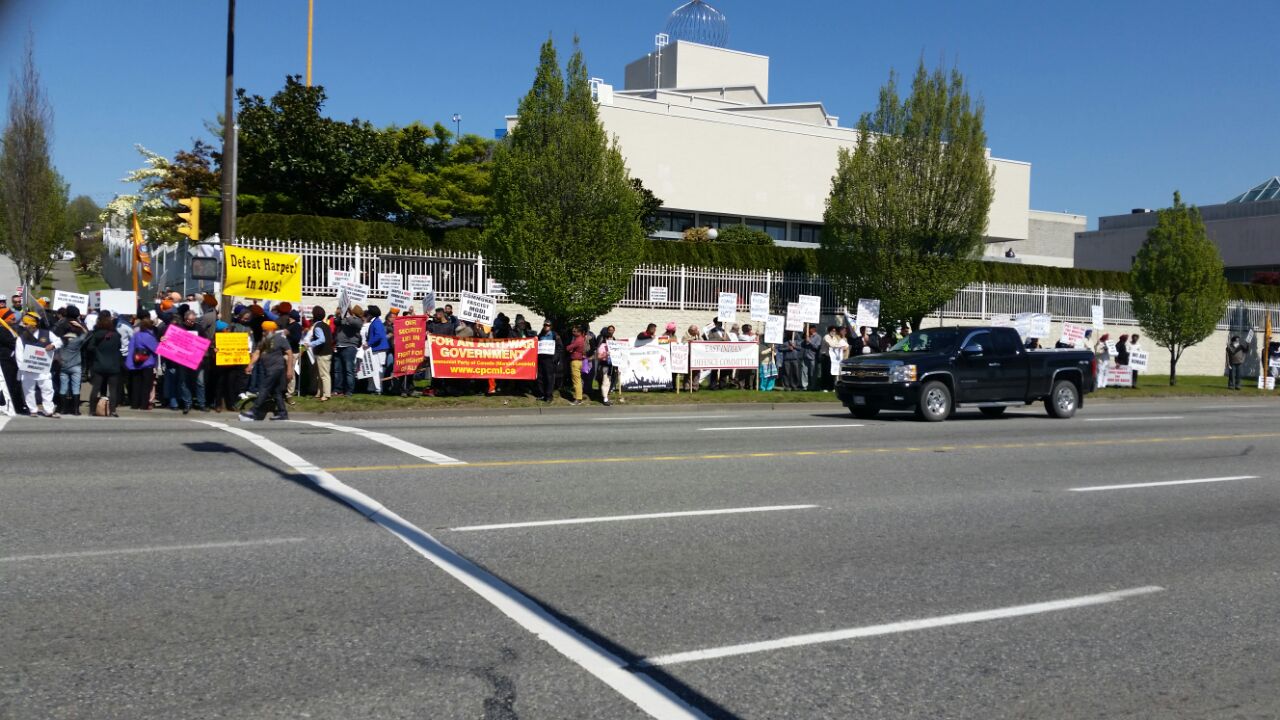 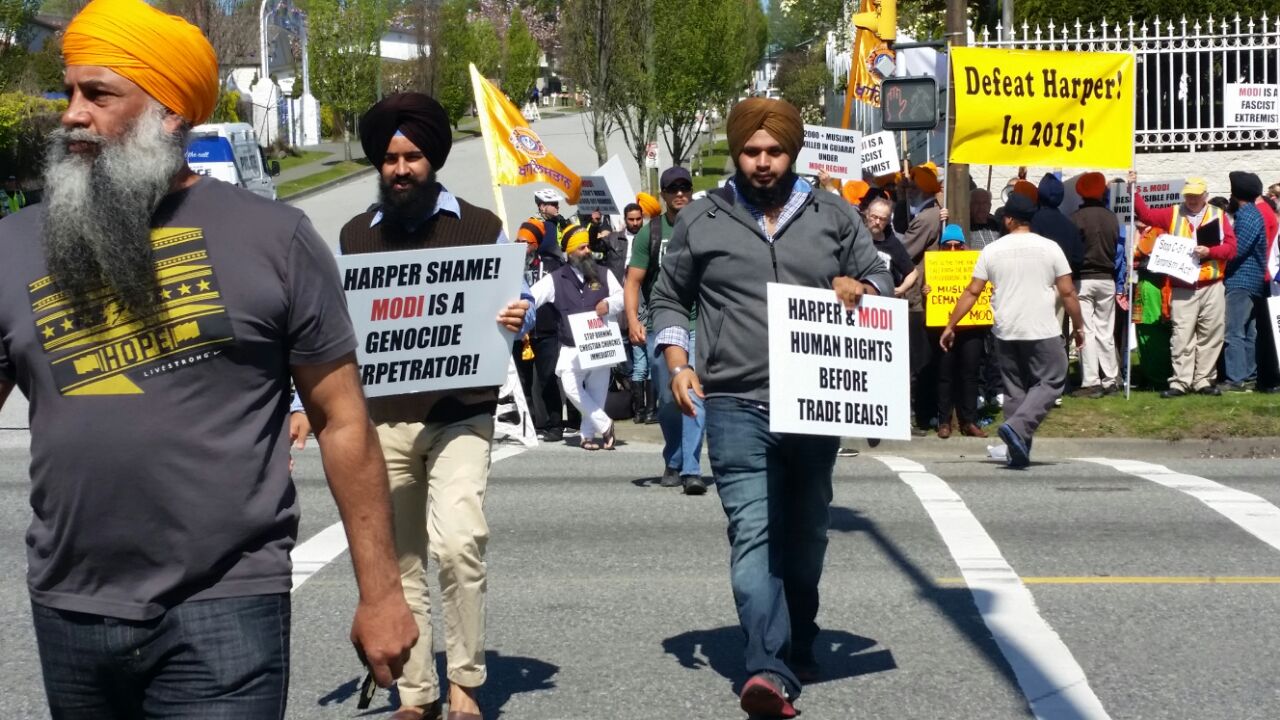 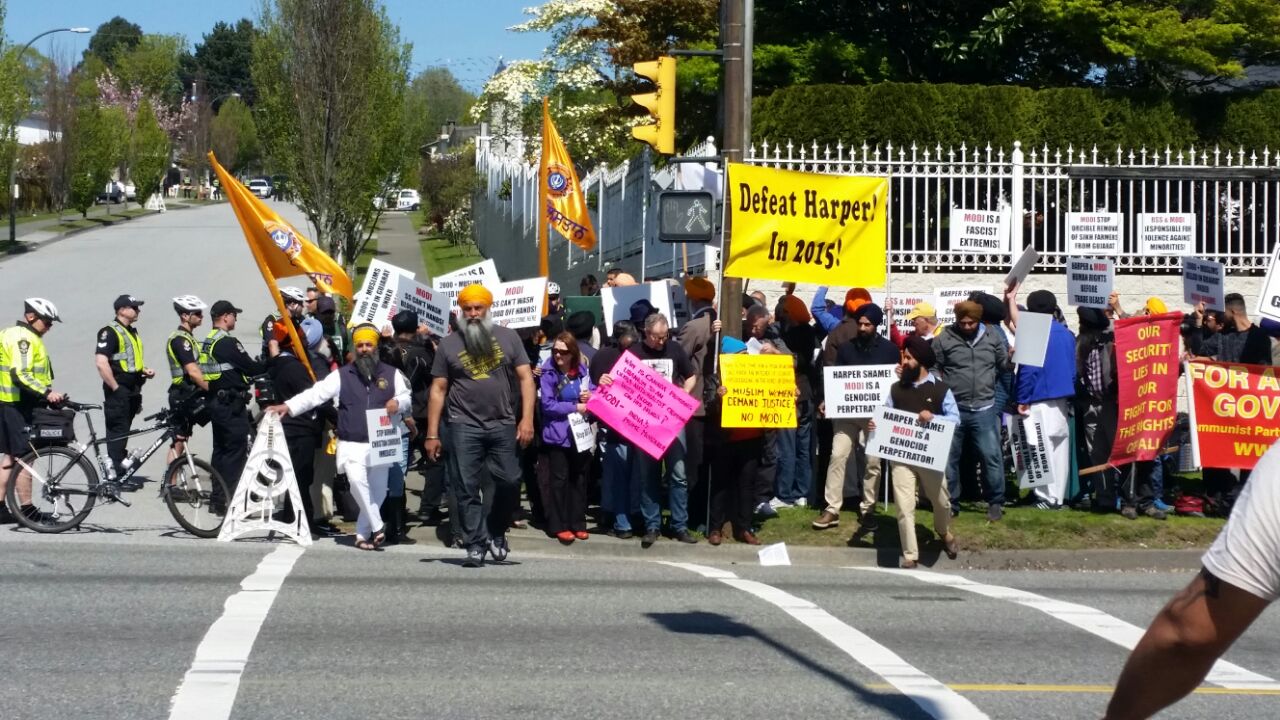 Pictures from the protestors.  Communities United and Together to Stand up to Modi. 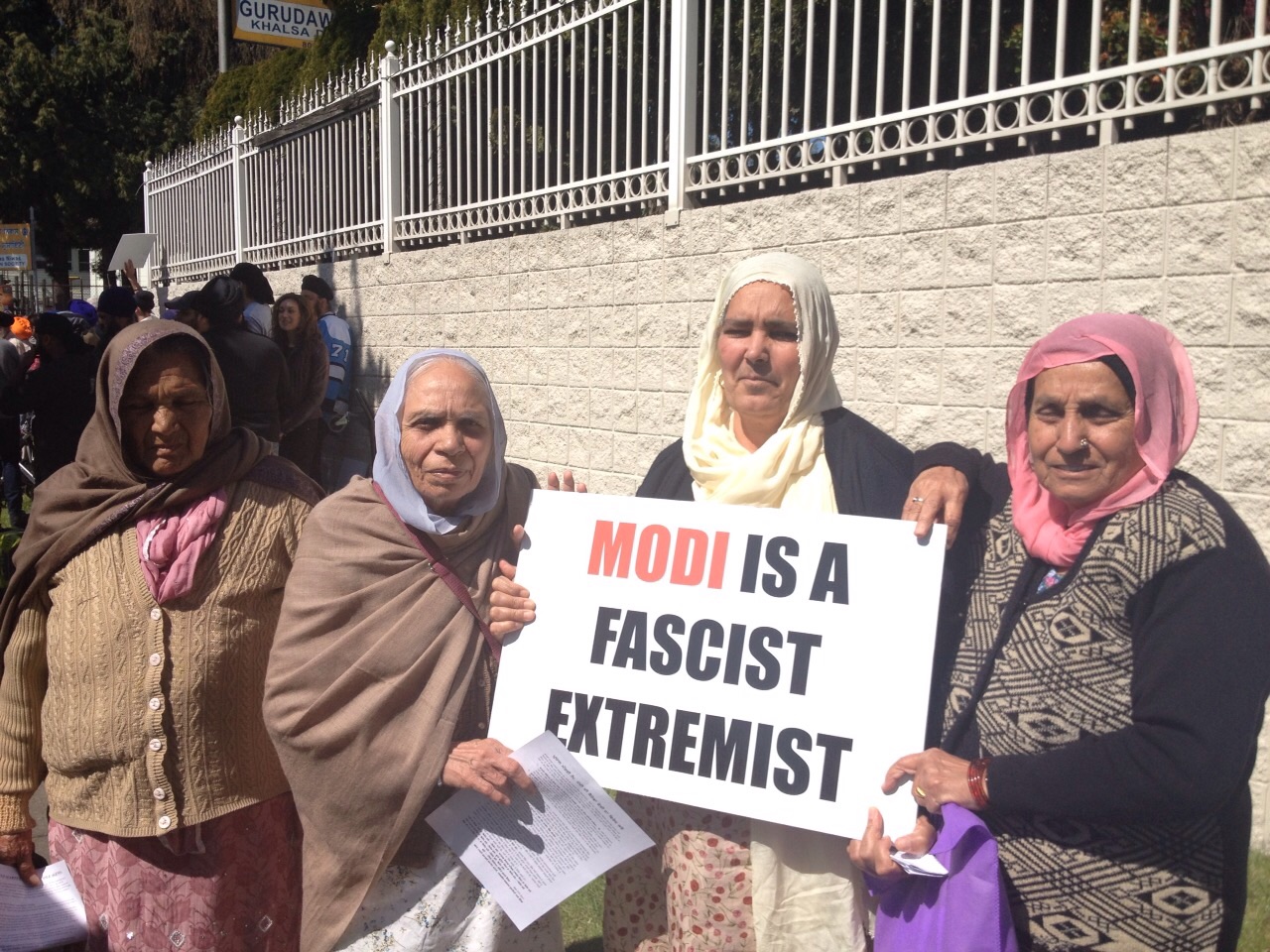 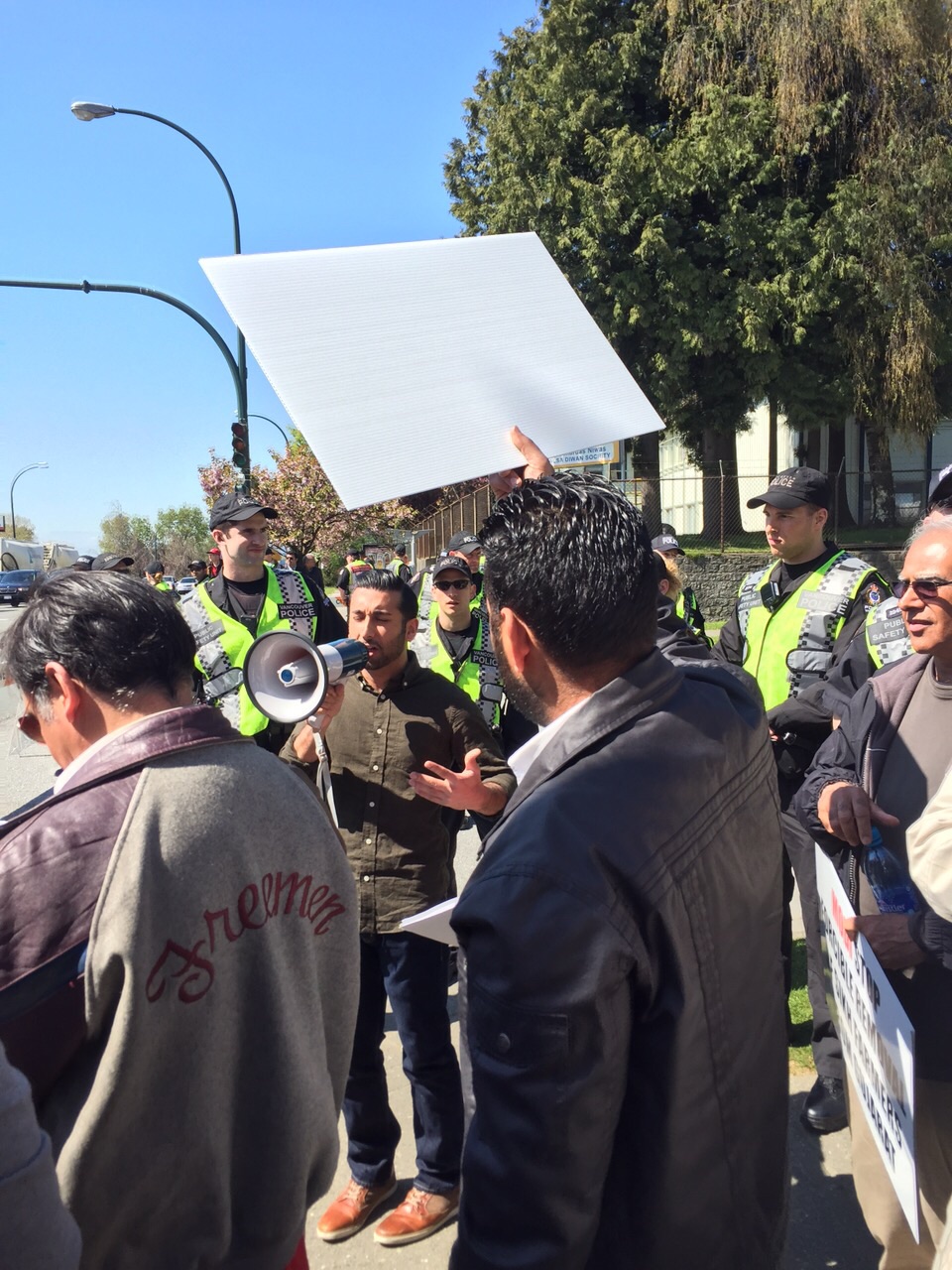 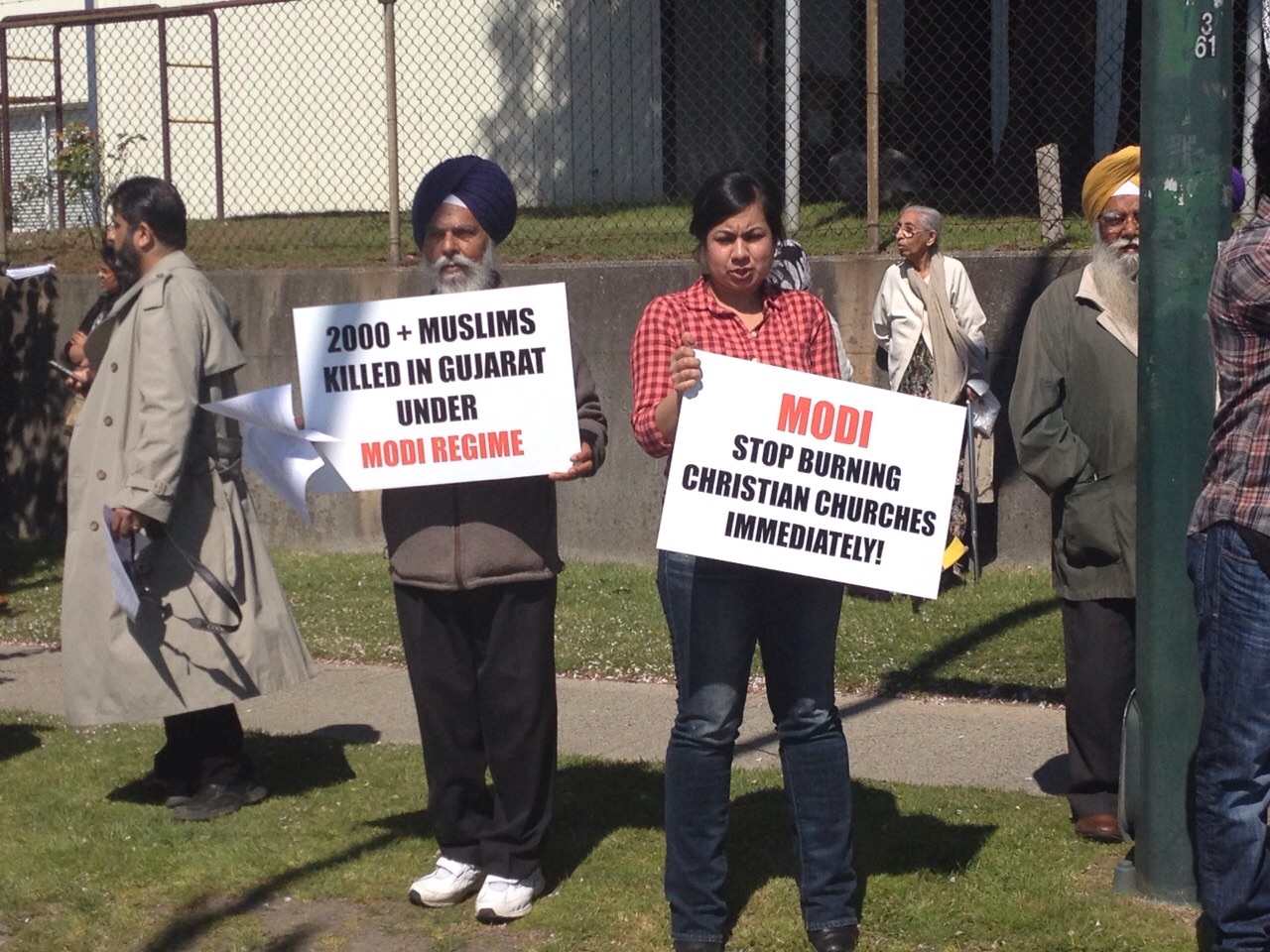 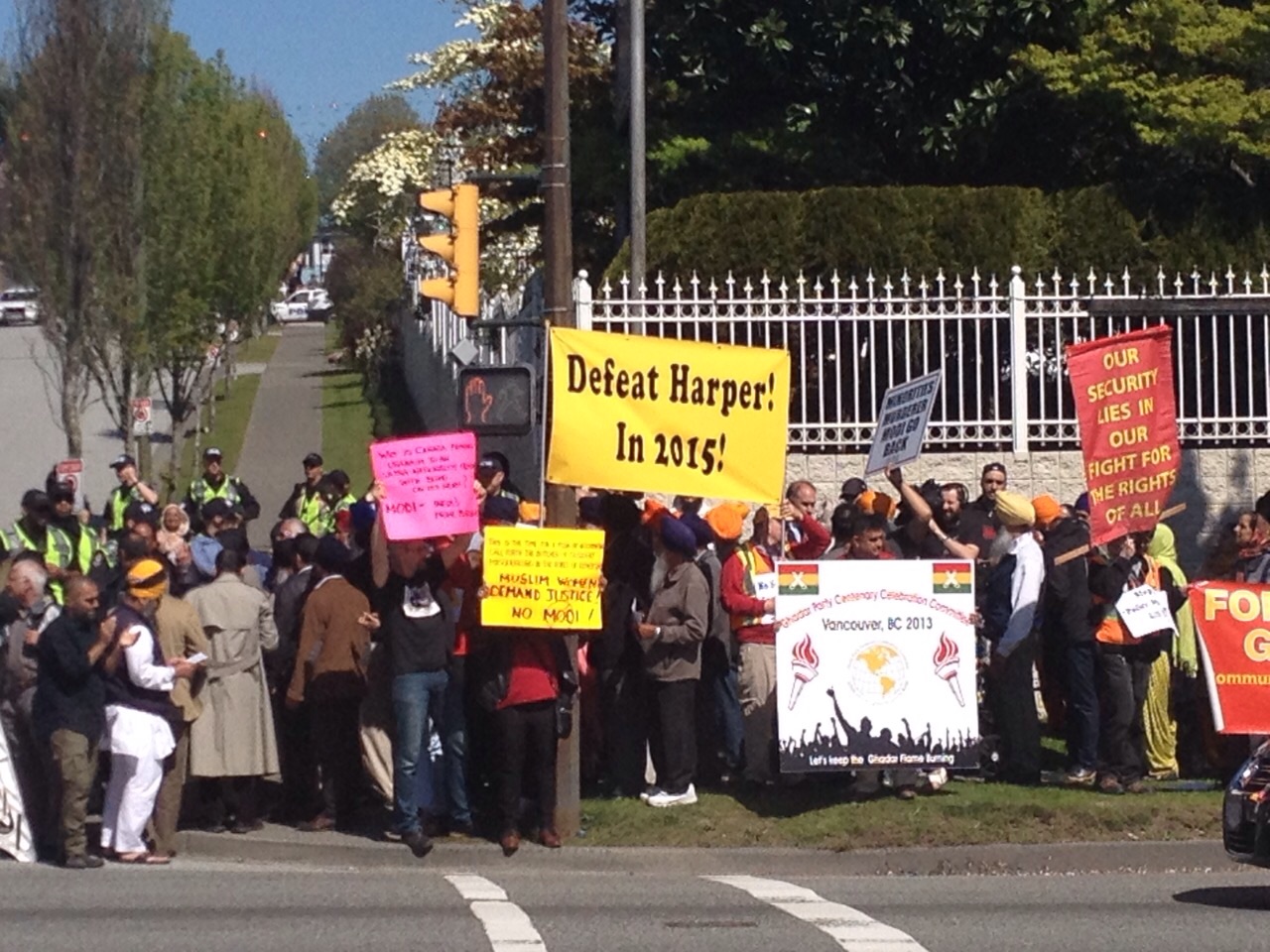 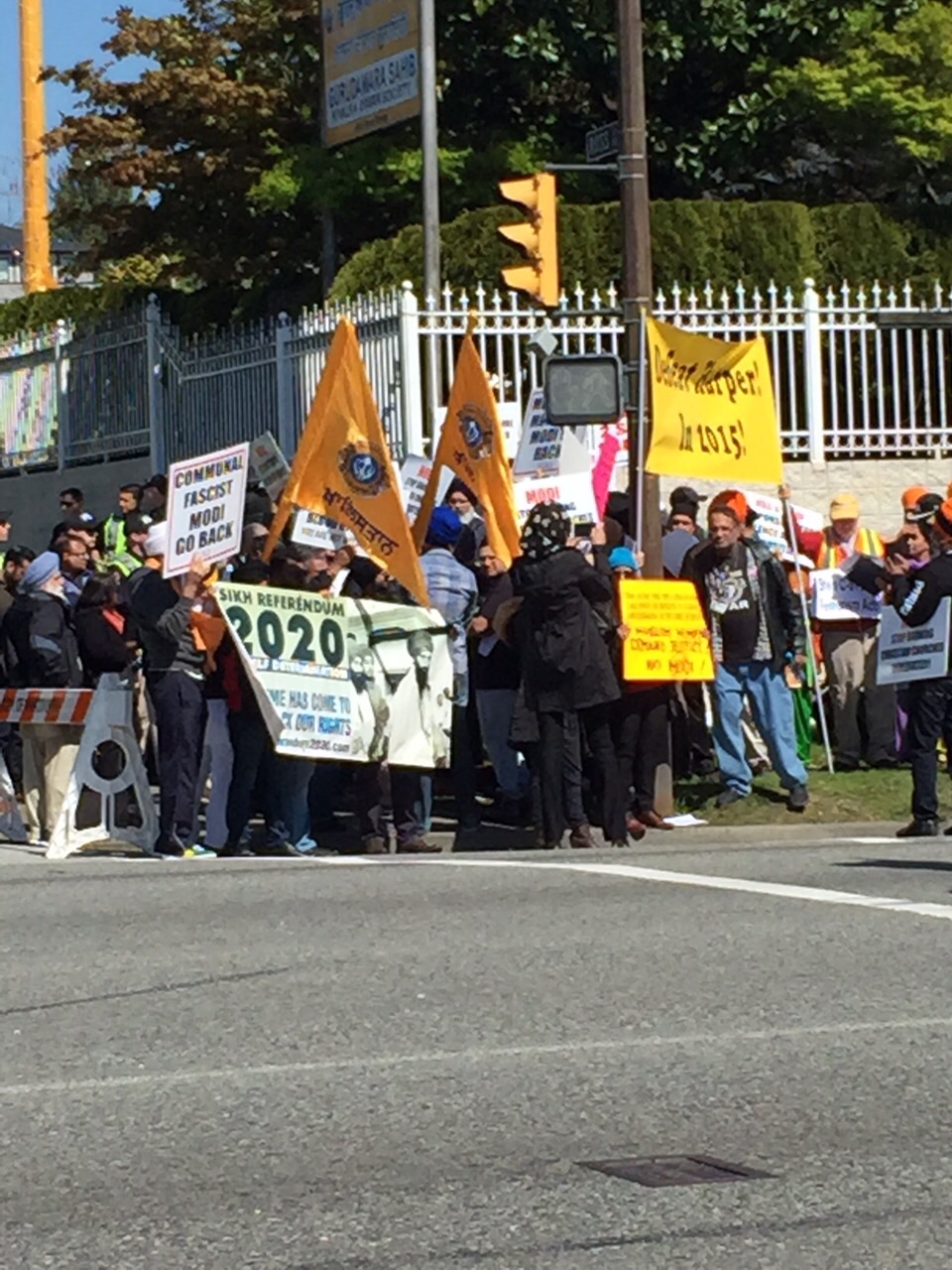 The rainbow coalition of Canadian Communities United Against Modi is growing!

Breaking News - Moninder Singh and members of the Sangat has been arrested by the Vancouver Police for PEACEFULLY protesting and exercising their right as a Canadian citizen to engage in free speech and as Sikhs speaking truth to power at the Guru's door - Gurdwara!

Crowd of different communities coming together and starting to grow in size. 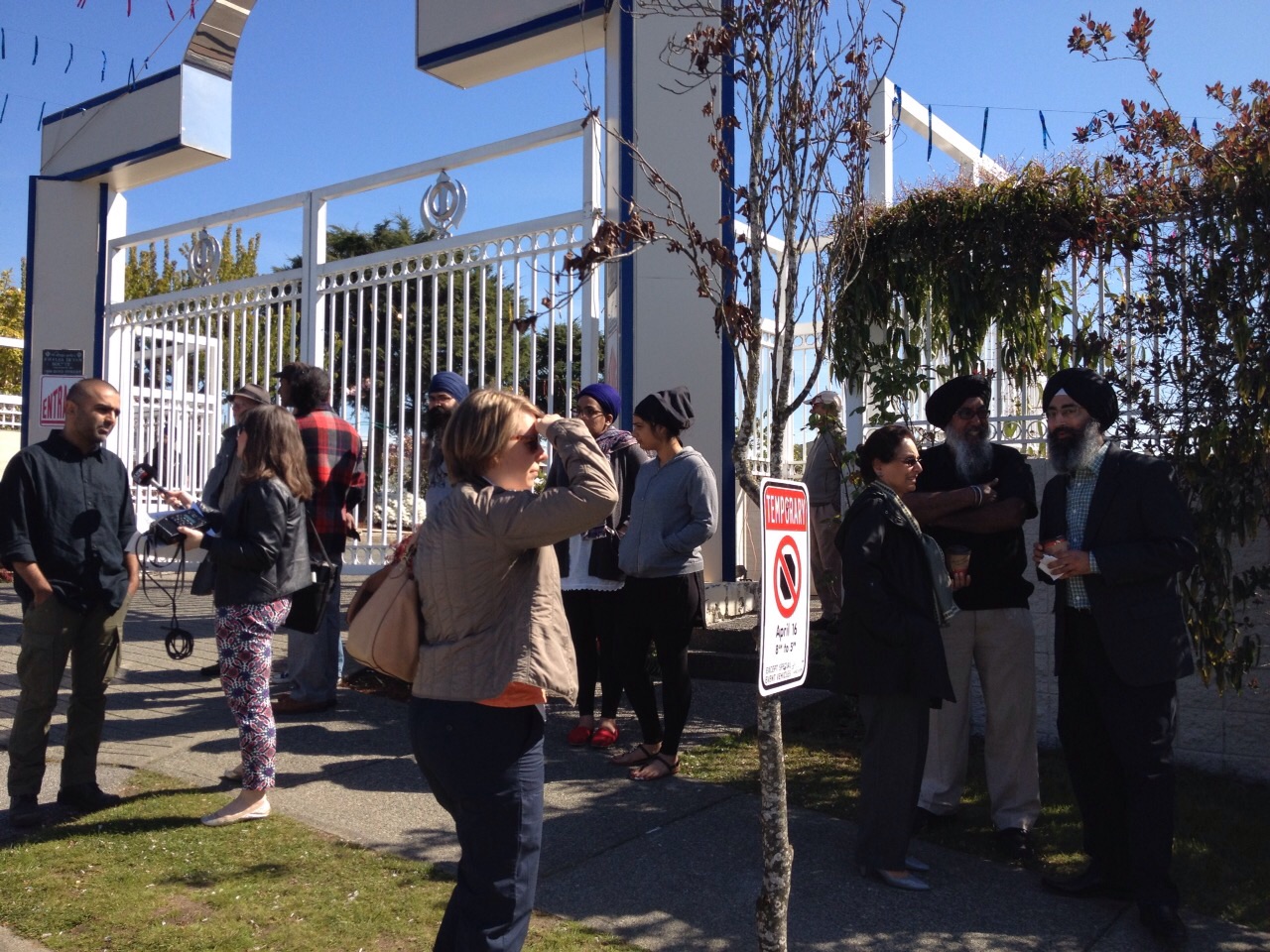 Cops already swarming the Gurdwara.  Is this the Guru's house? 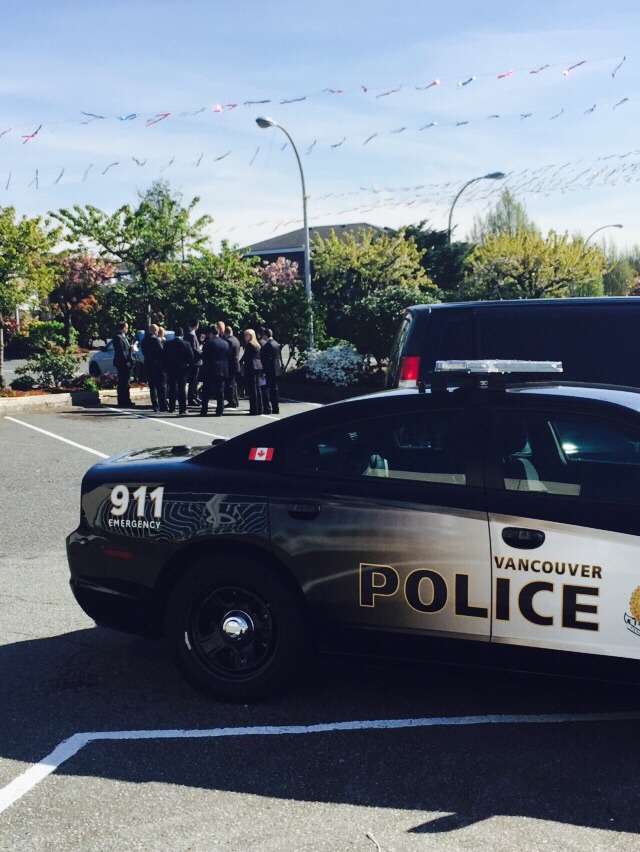 By the first post, volunteers have been at the Gurdwara bright and early before even 7am.  Despite Gurdwara committee member assuring the community that the Sangat would be allowed entry at the Gurdwara, the pics show that the gates are locked and they are not allowing anyone. 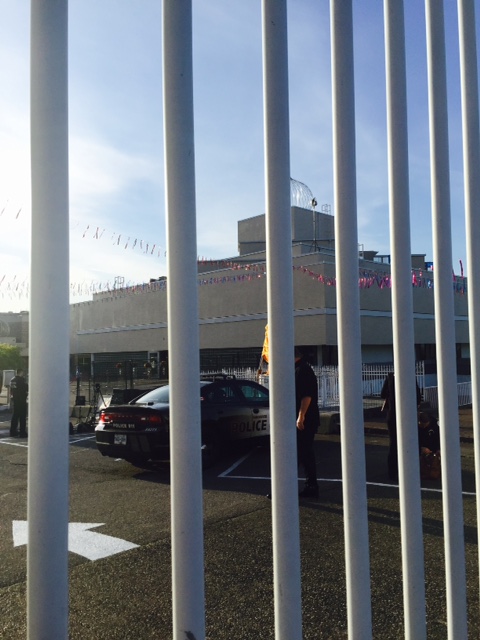 CBC is already beginning to cover the protests as well. 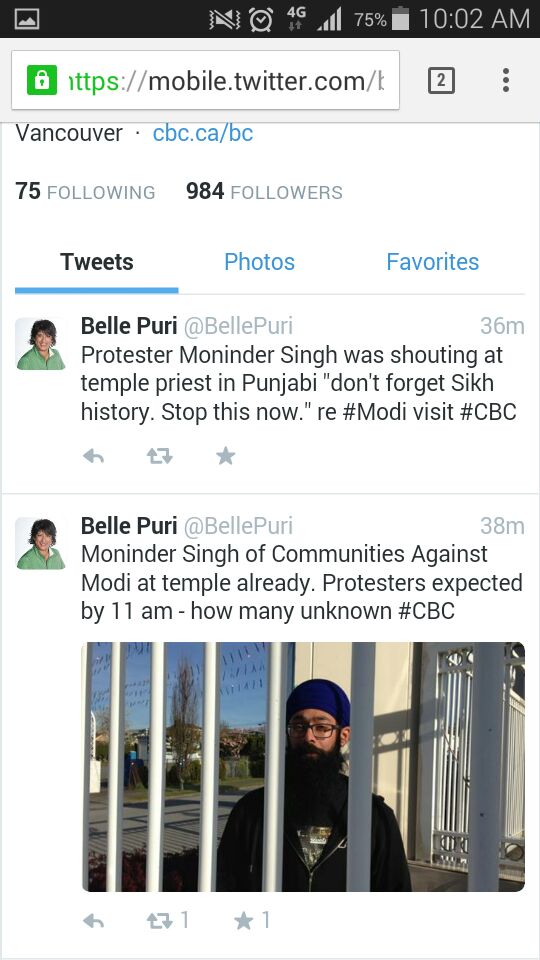