The Descendants of Mewa Singh or Bela Singh? A Generational Decision for British Columbia’s Sikh Community 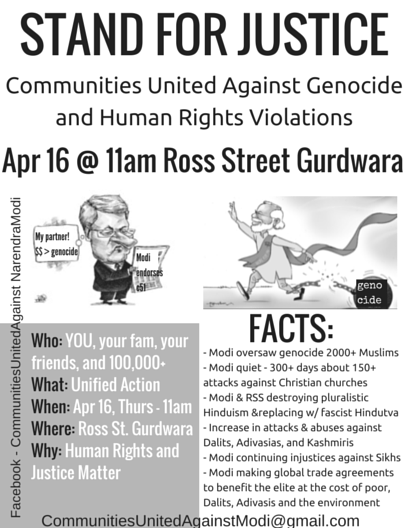 Generation-defining events (approximately every 25 years) for the Sikhs have been centered in Punjab: in the 1940s, it was the partition; in the 1960s, it was the birth of the Punjabi Suba; in the 1980s and 1990s, it was the Sikh independence movement.  For the generation of the 2010s, we are at the precipice.  While Punjab will always be the center, still the diaspora has always played a prominent role.  This week ground zero is British Columbia!

Nowhere in the diaspora has been more critical than in British Columbia, Canada.  From the birth of the Ghadar movement to bringing voice to the Khalistani movement, BC has been at the center of Sikh activism.  However, while the lower mainland has been home to some of the most inspiring Sikhs whom we remember with pride, it has also been the grounds for some of the worst moments for the community as well. 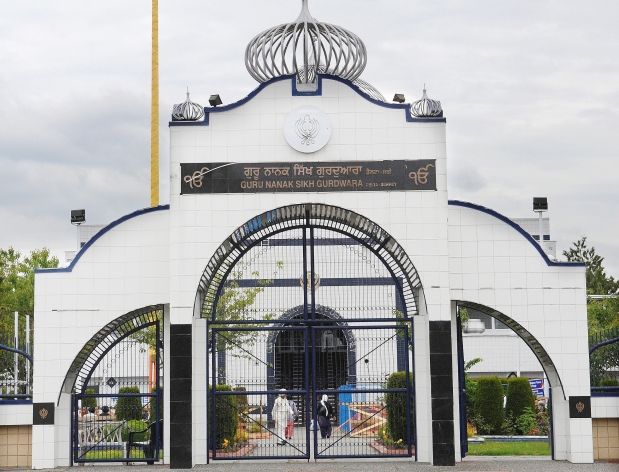 Deplorable forms of racism experienced in Canada was often worst in British Columbia.  From the Komagata Maru to the stories of Sikh/Punjabi youth of the 1990s, they have faced some of the worst forms of white supremacy.  Even if it has decreased, this community saw the worst effects of gang and drug violence, the tarnishing of an entire community in the media during the investigation of the bombing of the Air India flight in 1985, and the divisiveness of the “tables and chairs” langar issue that violently divided a community.

However, there is a new opportunity – a historic one! It is an opportunity for the Sikhs in British Columbia to capture the imagination of all South Asians that seek justice and dignity.  It begins with taking a stand for justice and building a coalition around that cause. When Guru Gobind Singh created his Darbar at Anandpur Sahib, it contained all types of people.  His army was filled with Sikhs, Muslims similar to Pir Buddhu Shah, and Hindus who united around the Guru, when he stood against the imperial Mughals and their stooges the Hindu Hill Rajas.  When Baba Banda Singh Bahadur was preparing the attack on Sirhind, his troops were a ragtag group of Sikhs, Muslims, Armenians, and many others.  It was even the mostly Muslim residents of Lahore that asked Sirdar Ranjit Singh of Misl Sukerchakia to come and free them from tyranny.  When the Khalsa fulfills the aspirations of the people, then the Khalsa has the honor to lead.

The Khalsa has that opportunity today.  Ground zero is British Columbia, Canada.  Narendra Modi, the Prime Minister of India, will be arriving in Canada.  The “Butcher of Gujarat” oversaw the killing of at least 2,000 Muslims in 2002, in the worst genocide in India since 1984 (no Sikh has to be reminded about the worst).  The Indian State has granted him impunity and he has merely smirked at the charges of leading human rights organizations, who are calling for accountability.  As Prime Minister of India, he is overseeing the implementation of the Hindutva agenda of Brahmanical-supremacy over other nations and communities of South Asia.  Since taking office, attacks on Christian churches have skyrocketed throughout India and the RSS is seeking to increase their activity in Punjab.

The Khalsa and Sikhs of British Columbia have an opportunity to lead again.  Narendra Modi will be coming to OUR HOME, the Ross Street Gurdwara during Vaisakhi – April 16.  Don’t be deceived, the implications are historic.  Even if the Gurdwara officials are giving him the red carpet, it is for the Sangat to speak truth to power. The speech at the Gurdwara – in this historical center of the Sikh freedom movement – is the Hindutva brigade’s victory lap in the heart of the community.  While KPS Gill had bragged that he had killed the movement for a generation, Modi’s appearance is symbolically meant is to put the nail in the coffin. 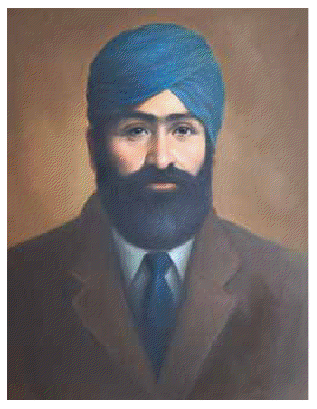 The Sikhs of British Columbia have a day of reckoning.  Are they the descendants of Mewa Singh or Bela Singh?  After the Komagata Maru ship, just over 100 years ago in 1914, was forced to leave the shores of British Columbia, Bela Singh organized a faction that supported the action of the Canadian government and colluded with British officials to kill the freedom fighter Ghadaris.  Such people have always existed in Sikh history, those that seek power and money from higher powers and only ask for nawabi, rewards for their selling out, usually being appointed to some position for their personal purposes.  However, the Guru detested nawabi and instead bequest upon the Khalsa – badshahi, true sovereignty and rulership.  So while Bela Singh was ready to sell out his community for these crumbs, there stood Mewa Singh.  Mewa Singh gave justice for the deaths of innocents and punished Bela Singh and his puppet-master, Hopkinson.  Even as he awaited death, Mewa Singh stated:

My religion does not teach me to bear enmity with anybody, nor had I any enmity with Mr. Hopkinson. He was oppressing poor people very much. I, being a staunch Sikh, could no longer bear to see the wrong done both to my countrymen and the Dominion of Canada. This is what led me to take Hopkinson’s life and sacrifice my own life. And I, performing the duty of a true Sikh and remembering the name of God, will proceed towards the scaffold with the same amount of pleasure as a hungry baby goes towards his mother.

This is the history of the Sikhs of British Columbia.  Today they have the choice before them again, will they too rise like Mewa Singh?

A coalition of over 22 groups and counting will be standings to speak truth to power.  While politicians and modern-day Bela Singhs will line up in front of the emperor seeking economic opportunities, the modern-day Mewa Singhs will be standing outside Ross Street Gurdwara on April 16, 2015 claiming a space for unity, dignity, and strength.

In recent days, many Gurdwara “leaders” have chosen the path of Bela Singh and have grown silent and are seeking only invitations to dinners.  However the coalition of concerned people are growing – Muslims and Secularists, Feminists and Interfaith groups, are ready to stand shoulder to shoulder with the Sikhs of British Columbia.  Will we join them in the Sikh way?

While it is not too late for the majority of the Gurdwaras to answer the call of their conscience, future generations, and the Guru, we need not wait for them.  Can the Sikh youth of British Columbia lead the movement that we have always led?  Can they seek inspiration from the Sikh youth of Toronto that turned out Kamal Nath?   Will they circulate flyers in the high schools, universities, and the streets of Vancouver, Richmond, Surrey, and Abbotsford?  Will we organize carpools, buses, and get our friends and family to all come out?  Those that hope for justice and dignity, especially in South Asia, will turn their eyes towards Ross Street Gurdwara on April 16.  Will the next generation of Mewa Singhs answer their call and have the Khalsa challenge the oppressors side-by-side in solidarity with a coalition for justice?