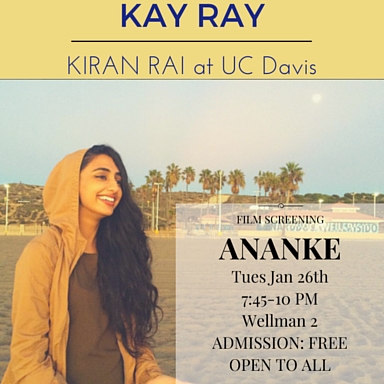 Kiran Rai (better known as KayRay) is a popular Canadian filmmaker, designer, and artist.  She will be screening her newest film, "Ananke" as part of her tour with the Jakara Movement as part of our ongoing theme to highlight Kaur Voices in 2016.  The film is about dating violence and is for a 18+ audience. A trailer for her film can be found here. The film will be followed by a discussion regarding the film and its topics.