Awareness and Warm Feelings in Selma 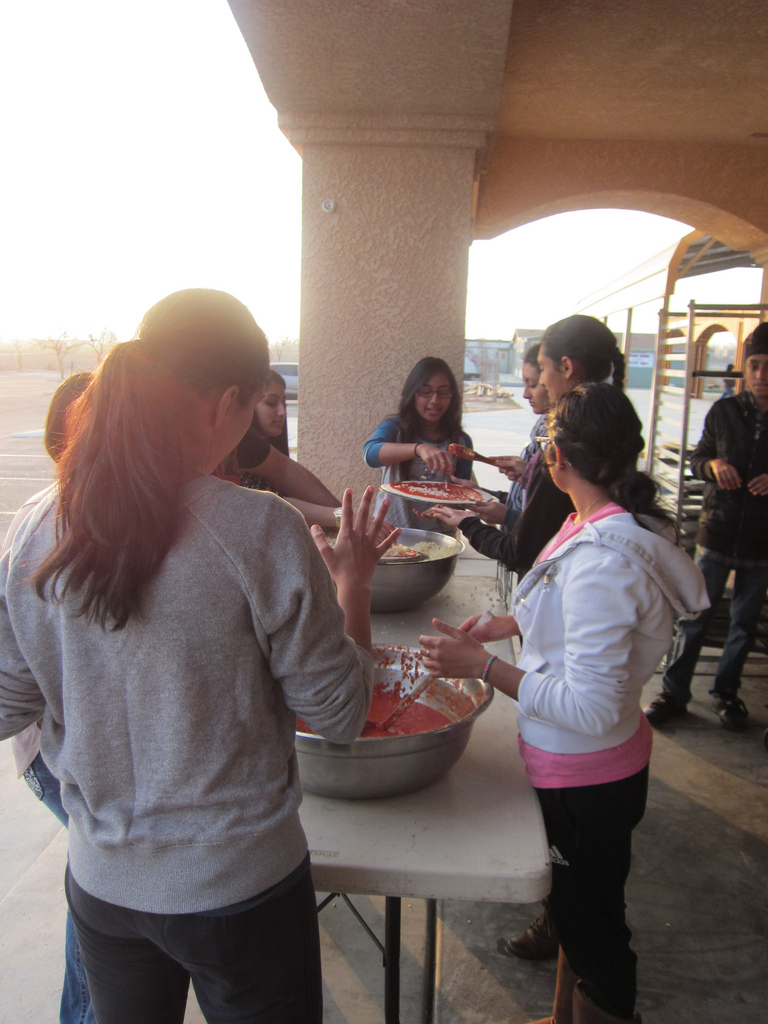 This past week Jakara Movement took on the initiative to 'know our neighbors' around the Selma Gurdwara. We had the opportunity to chat face to face with the locals around the Gurdwara as we went door to door on Tuesday evening to provide a brief description on Sikhi, Gurdwaras, and that we would be back in a few days with a hand-baked pizza for them. For some of these locals this was actually their first exposure to anything Sikhi related and it was a great experience in which we were able to teach and learn from each other.

Thursday was a rather cheesy, oily, and saucy day. However with unmatchable teamwork from all the helpers, all the pizzas were prepared in record time. As we went door to door again to deliver them, it was definitely a warm feeling to see the locals accepting the pizzas with so much sincerity and gratitude. We received thanks you's, handshakes,God bless you's, and some even received warm embraces.

At the end of the day, I think the recipients felt more aware and comfortable with their Sikh neighbors so mission accomplished! Know your neighbors is a great event that really represents the Sikhi ideal of seva and familiarizes both us and our Gurdwara neighbors with one another.

Ramanvir is a first year in college, has previously attended the Bhujangan Kaur Leadership Retreat, and is an active member of Misl Fresno.