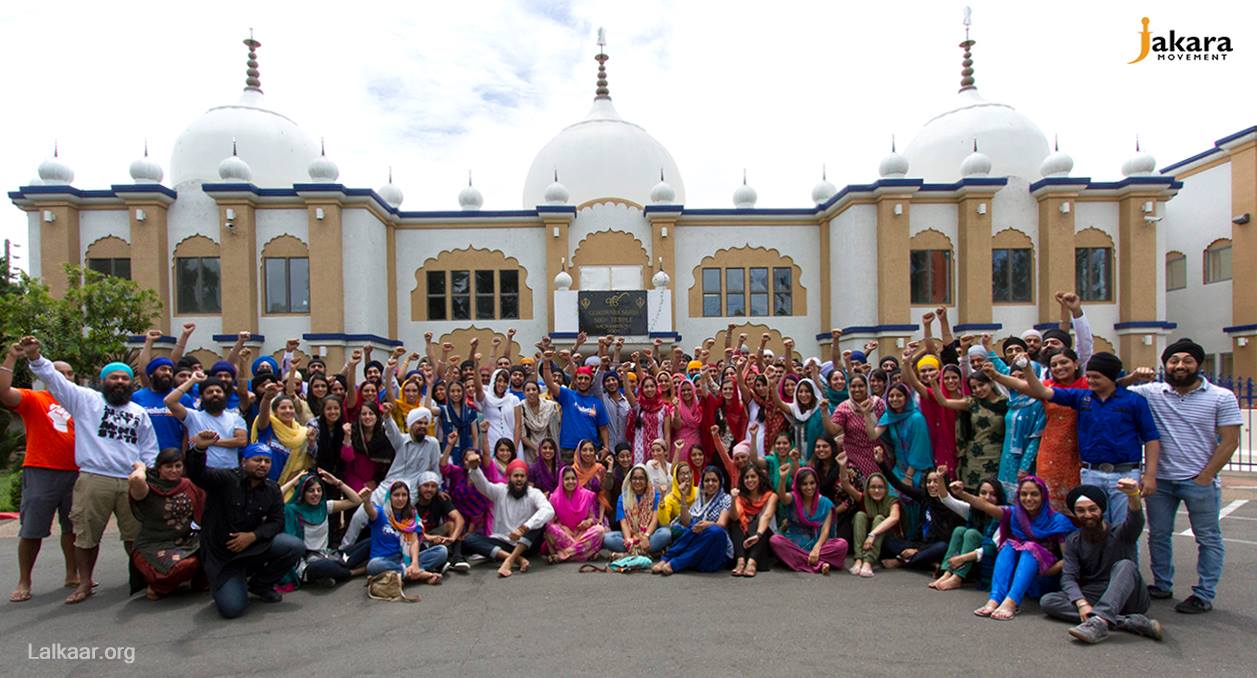 After a 5-year hiatus, the Jakara Movement re-introduced its theme of youth engagement in Sikh institutions at its annual Lalkaar conference. With Lalkaar 2013 on the West Coast wrapped up, and Lalkaar New York underway, a sevadar of the Jakara Movement takes a look back on the 2013 iteration of the conference, “The Revolution Will be Localized.”

Too few young Sikhs are found at their local Gurdwaras. While young children play outside after Khalsa/Punjabi School and our parents congregate in the langar hall, too many Sikh youth decide not to go to Gurdwara at all. However, this does not mean our spiritual thirst has been quenched. It is time for a change. It is time to stop blaming others. It is time for the next generation of Sikhs to empower ourselves and engage with our Gurdwaras. It is time to turn the “they” and “them” into “we” and “us”. The Gurdwara is OUR institution; it will always be the center of Sikh life. It is OUR ‘door to the Guru’. The conference began with a workshop, titled ‘Samajna’, where participants discussed some of the existing problems that impede youth involvement in the Gurdwara. Not content with only discussing the problems, participants moved on to ‘Sikhna’ where participants learned about the Gurus’ vision of the Gurdwara through Gurbani and the writings of Sardar Jagjit Singh’s The Sikh Revolution to understand how the Gurdwara represents the coming together of Guru, Sangat, and Seva. The participants applied their knowledge in the ‘Samjauna’ workshop to case-studies and dreaming the ideal Gurdwara. Finally, the participants created ‘five ideas for the future’, including the Green Gurdwara initiative to make our Gurdwara more environmentally-conscious, just as our Gurus intended. The Jakara Juniors children Camps were planned at the conference and implemented throughout the state.

With a re-configured philosophical lens, the Lalkaar 2013 Committee began work on adjusting the conference’s content to emphasize a more expansive definition of Seva. This broadened the scope of the conference from one centered primarily on Gurdwaras to one that featured an analysis of Gurdwaras (being a key Sikh institution) but ultimately sought to discuss Sikhs’ obligations with respect to Seva and the power of Sangat in our everyday lives, within and without official institutions like the Gurdwara.

As with the previous “Growing with our Gurdwaras” conference, participants broke into ten groups and opened the conference with “Samajna,” where they reflected on problems plaguing our institutions through a creative medium, recording their skits and presenting them to the rest of the conference. While many assumed an ostensibly humorous tone, serious themes such as casteism, gender bias, greed, and barriers to communication came up recurrently.

Following the presentation of these skits, the Jakara Movement presented the results of its ground-breaking survey, which grasped for an understanding of youth attitudes towards Gurdwaras and other Sikh groups, and relied on statistical analysis, qualitative responses, and a comparative analysis of four Sikh-heavy regions of California (Bay Area, Fresno, Los Angeles, Sacramento/Yuba City) to elucidate its results.

Thereafter, Sardar Jagjit Singh’s “The Sikh Revolution,” along with other sources such as the “Mahan Kosh” of Kahn Singh Nabha and the Panthic Rehat Maryada made appearances in the conference’s second workshop, which presented authoritative interpretations and historical examples of re-conceptualized understandings of Seva and Sangat. Here, participants discussed issues such as Sikh democratic political institutions, the value of Sangat in comprehending Gurbani, and a view of Seva that describes it as an act of both service and Simran. Significantly, the participants saw the enumeration of a Sikh’s individual responsibilities, and how those interact with the Panth’s corporate responsibilities of Seva. 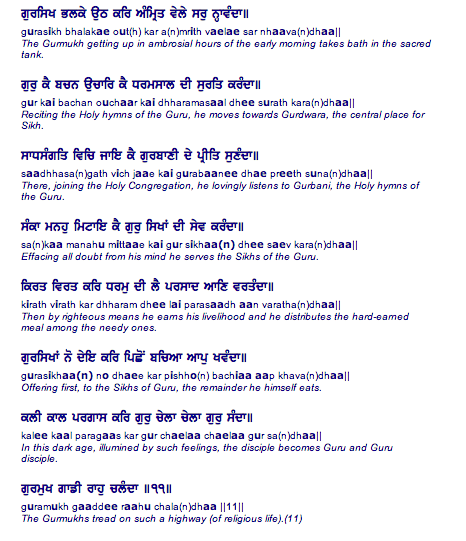 Day two opened with a presentation by two Jakara Sevadars, “REvolution in the Locale.” The presentation re-assertsed the significance of the Gurdwara: a school, a place of convalescence, a sanctuary for travelers, and a place that Sikhs throughout history have given their lives to protect from corruption. The presenters then introduced the concept of the Misl, the 18th-century political entity that administered Punjab and provided for collective defense and some mode of social welfare. This model of politics, its egalitarianism, and the inspirational quality that it represents, spurred participants to action and to involve themselves in local formations that allow the voice of the Sikh Youth to be heard.

Sevadars from various Misls of the Jakara Movement introduced themselves to the conference, and described their local projects, such as “Know Your Neighbor,” a response to the beating of 82 year-old Piara Singh of Fresno, various Gurdwara cleanups, and children’s camps. Upon seeing these presentations, invigorated participants broke into their own regional Misls to begin planning to implement their own programs, and Localize their Revolutions.

These new misldars continue to astound us with their passion, their commitment to change the world, energize their Sangat, and re-claim the institutions that are theirs by right. With their efforts, the Revolution will (surely) be Localized.