Saadh Sangat Ji, your name is being misused.  We hope it's a mistake, but getting answers has been anything but easy.  Those most responsible have not given straight answers, while they have publicly supported a cause that should not be supported. 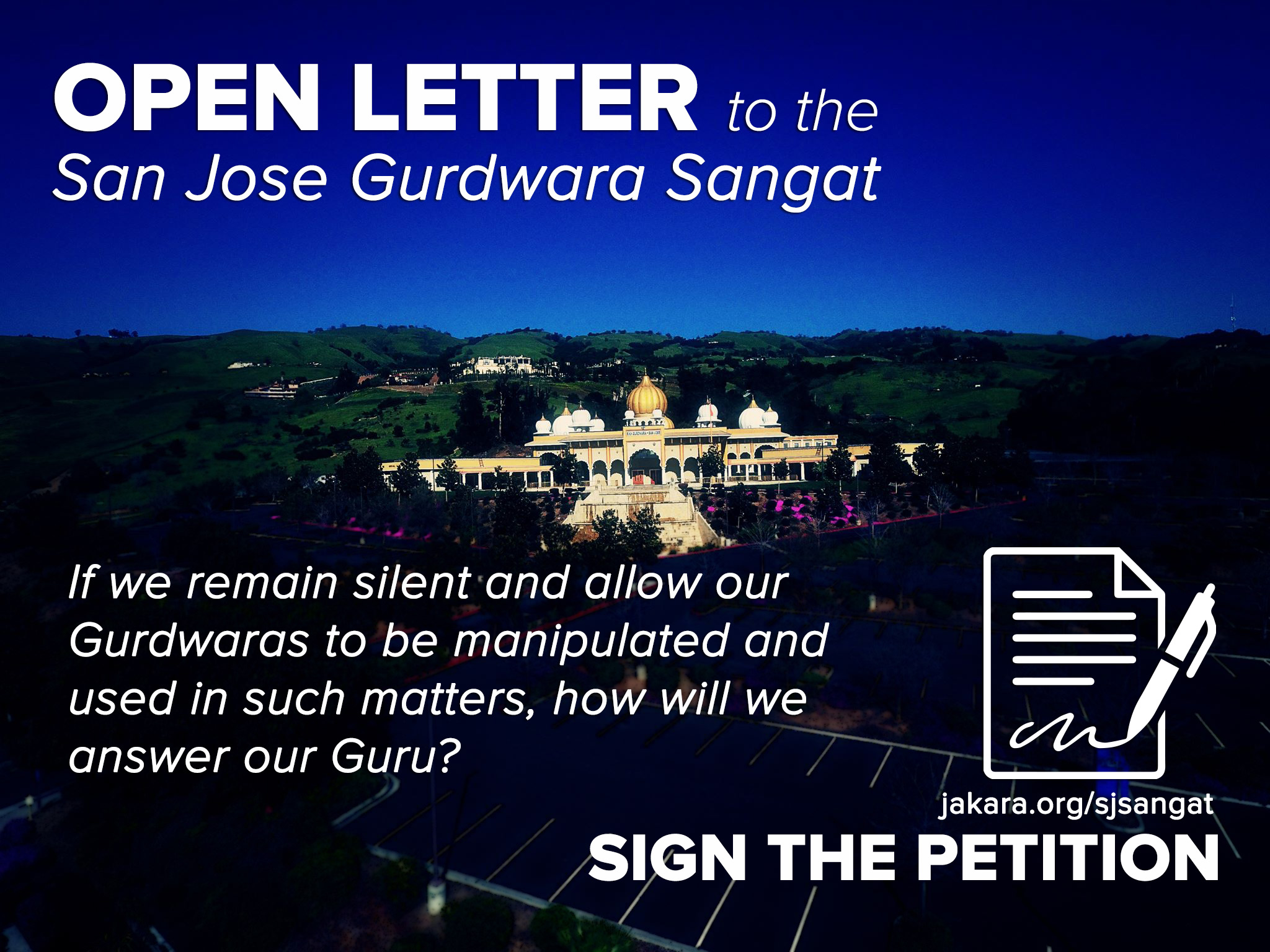 We speak of the current campaign of Gurbaksh Chahal.  Gurbaksh Chahal comes from a Sikh family and is well-known due to his success in the tech field.  However, he has gained notoriety for being guilty of domestic violence battery and assaulting his ex-girlfriend.  Unfortunately this was not a lone act and he seems to have a history of repeated abuse against women.  This is something we as a Sikh community organization take very seriously - this month we are recognizing and sharing stories related to Sexual Assault Awareness Month - and something we believe that the Sikh community is beginning to openly discuss and create institutions to fight.

Recently Gurbaksh has launched a campaign against the San Francisco District Attorney George Gascón.  Chahal accuses Gascon of being racist.  This may or may not be true.  However, what is troubling is that the San Jose Gurdwara Committee has openly supported his cause without reference to his abuse against women.  Committee Members have openly supported Chahal on television and have repeatedly posted encouragement on the Gurdwara Facebook Page.  While individuals are more than welcome to solicit support from the sangat, what has been lost here is the story of the victim.  Though the US Court of Law are unable to provide justice despite video evidence of the physical assault against a woman, for the Sikh the Guru is the sanctuary of justice ("Poora Niyaao Kareh Karthaar") - and as the Sangat is the embodiment of the True Guru ("Sathsangat Sathgur Paayah"), then it is for the Sangat to hold the perpetrator accountable.

Any Sikh can seek the bakshish (forgiveness) of the Guru and Sangat through humility and authenticity.  Unfortunately, Gurbaksh has yet to do this.  Instead he has forged a "astroturf" campaign over the internet and attempting to bus sangat members from San Jose Gurdwara to San Francisco on Friday for his vendetta against the SF District Attorney. 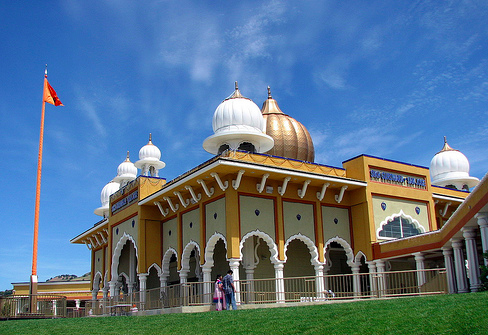 If we remain silent and allow our Gurdwaras to be manipulated and used in such matters, how will we answer our Guru?  If we are silent in the face of oppression, how can we answer Guru Nanak that told us to stand with all those that are oppressed and marginalized (Neechaa andar neech jaath neechee hu ath neech; Nanak thin kai sang saath vadiyaa sio kiaa rees")?  Are we the Sikhs of the same Guru that stood with Bhai Lalo instead of Malik Bhago?  What is the message we are giving to our young sisters, mothers, and future generations of women?

Saadh Sangat Ji, we ask you to sign this petition so that you can make sure your voice is noted.  We will present the will of the sangat to the SJ Gurdwara Committee Members and hope that they change their stance.

In Chardikala (Eternal optimism) of Panth Ki Jeet (Victory to the Panth!),