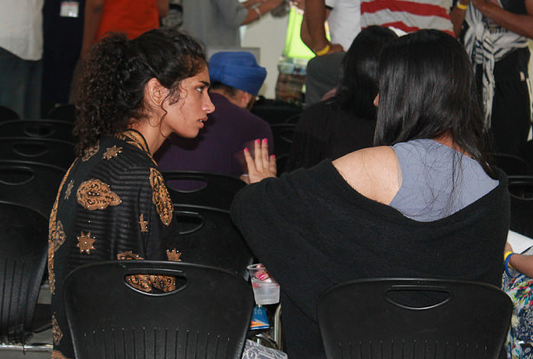 It was a hot June day, and I was stuck in traffic. This was the last place I wanted to be today. As the cars infront of my inched little by little I imagined myself in my frigid air-conditioned room reading a book or watching Netflix, instead of sweltering in the heat of my run down car slowly making my way across northern New Jersey so I could live in the woods for a weekend. When a friend I met at a book club told me about Lalkaar, a Sikh camp run by a more progressive Sikh organization, I was excited to learn more about it and check it out. But at this moment, I wish I had stayed behind. It was only a week or so before that I had finally decided that I wanted to go, between job hunting and living at home this summer was turning into a long rut. I wanted something to break the norm, I wanted to immerse myself into something larger than me. Unsure if they would consider my financial situation, or the timing of the application I sent a request in anyway. To my surprise the folks at the Jakara Movement, the organization that runs the Lalkaar camp accommodated my needs and were happy to have me attend. I couldn’t say no to that. 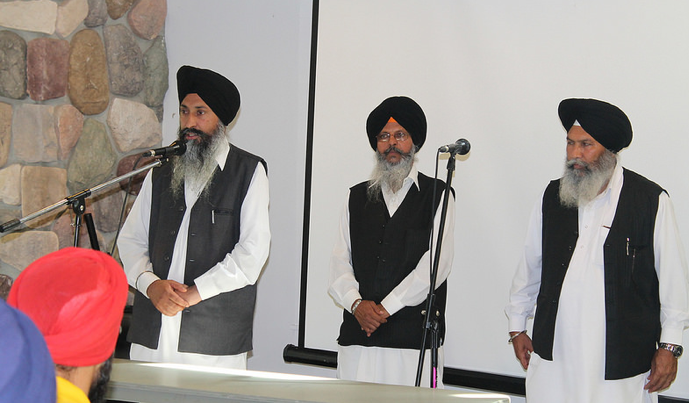 Finally I reached Camp Vacamas, the location for this year’s Lalkaar. As I crossed the gates the first thing I saw was a beautiful lake surrounded by hills and woods. It was a beautiful campsite, there was no arguing that. I reluctantly made my way up the rocky road, praying to god that my car would not give out on me in the middle of the woods. There was no way AAA would come out here. I finally made it to the Lodge, a place I would call home for the next 4 days. As I unpacked my belongings and made my way inside I noticed I must have been the first participant here. The facilitators were still prepping and no one was at the registration table. I looked around waiting for someone to greet me and to my surprise the first person I saw was someone I knew. Jasdeep, a facilitator, was a friend of a friend I met on Facebook. He seemed like a cool guy, and shared a similar political view on life as me. He was even more enthusiastic in person. He helped me find the right person to register me and after I filled some information out I received my lodging for the weekend. I went to my room unpacked, and immediately le

Once outside I found a path in the woods nearby and took a short hike. I felt that before I started this weekend away, I needed to center myself. As I took in the sights I asked myself why I was really here. I wasn’t a big fan of Sikh camps. Most of them try to shove orthodoxy down your throat, or force their standard of Sikhi on you. To me, my dharm wasn’t a communal thing, it was a path that I took. One where I had doubts, revelations, and comfort. A path I can mold into my own. To be frank, coming to an event like this frightened me a bit, it was going to force me to reexamine something I held dear. As I made it past a formation of oddly shaped rocks I noticed a young fawn. It noticed me and I noticed it. As I stared it down I wondered why it did not run, I was bigger than it and it had all the reason to fear me. But it continued to stare at me watching my every move. In a strange way that fawn helped me put aside my preconceptions, I should be more like the fawn. Comfortable in the surroundings around me, watchful but curious. That is precisely the attitude I took when attending Lalkaar. 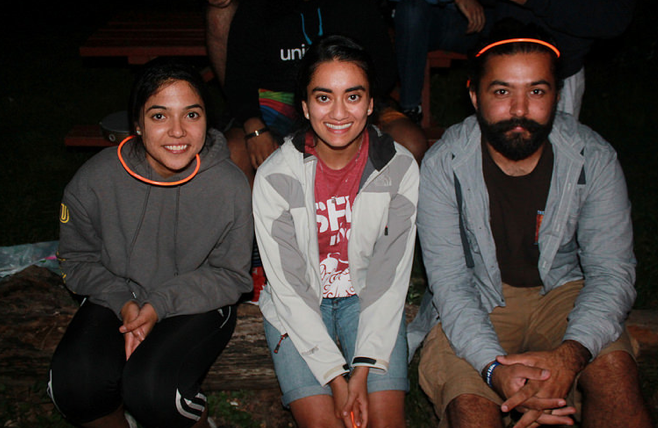 The next weekend would be eventful, full of new information, and above all very fulfilling. We had an interesting agenda of workshops throughout the time there. Some like Reflecting Shabads forced us to dissect something that’s often almost ritualistic and examine it in a new perspective. Others like “On Media Criticism, forced us to critically analyze more contemporary views on Sikhi. Out of that workshop we all agreed we need to shift away from this Orientalist concept of characterizing Sikh Identity, and build a new narrative on truth and our kaum. These workshops were interesting to say the least. Instead of having a set standard of where discussions should end up, the facilitators let the participants piece together their own ideas, concepts, and takeways. This is something I don’t often see in spaces like these, many times a certain rhetoric is forced upon you. It is refreshing to see a space where our history and our contemporary culture are taught in such a manner.

Aside from the workshops we had many other activities to keep ourselves busy. Firstly we had great meals all throughout the weekend prepared by the wonderful cooks at Camp Vacamas. I was excited to see it wasn’t strictly vegetarian. The choices were different every meal as well. We also had the entire camp to our use. At every break, the basketball court and volleyball court would fill up with participants wanting to get a couple of games in before dinner. I have no idea why, but Sikhs love to ball, and we get aggressive. The volleyball games weren’t any less competitive either. We had the option to boat one of the days, that day if relived my fear of deep water. But with my two new comrades rowing beside me I quickly forgot about it. Another night we went for a night hike, led by another Vacamas staff member. It was an exhilarating hike, with much to see when your eyes adjusted to the darkness. These activates really the participants to grow on one another. Where usually by now little cliques and such would have formed. I saw a lot of comradery between all of us, and deliberate efforts to get to know each other well. 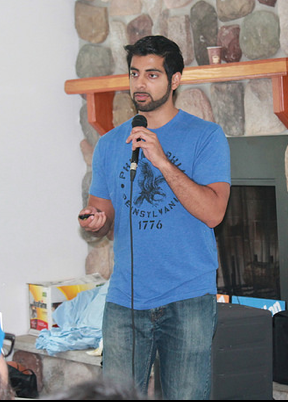 I am happy to say that beyond the workshops and activities, getting to know my peers was the best experience. Before arriving, I had heard and used the phrase, Sangat. I attributed it to be a gathering of Sikhs at a Gurudawara. But it is beyond just that. It wasn’t until coming to this weekend camp that I truly understood Sangat. It is a fellowship. It is breaking bread with my companions, it is joining them in prayer and singing hymns, it is learning from each other, it is true compassion and understanding. I am glad I didn’t choose to run away at the opportunity to come. I am glad I chose to open my mind and take in all around me. This is the type of experience in which you walk away fulfilled yet striving for more. And that is the type of experience that I was hoping to get.

Join us next year at Lalkaar NY 2014 - or better yet join your misl!  We have a number of new ones emerging on the east coast.  Check out some of the pics from there conference here.