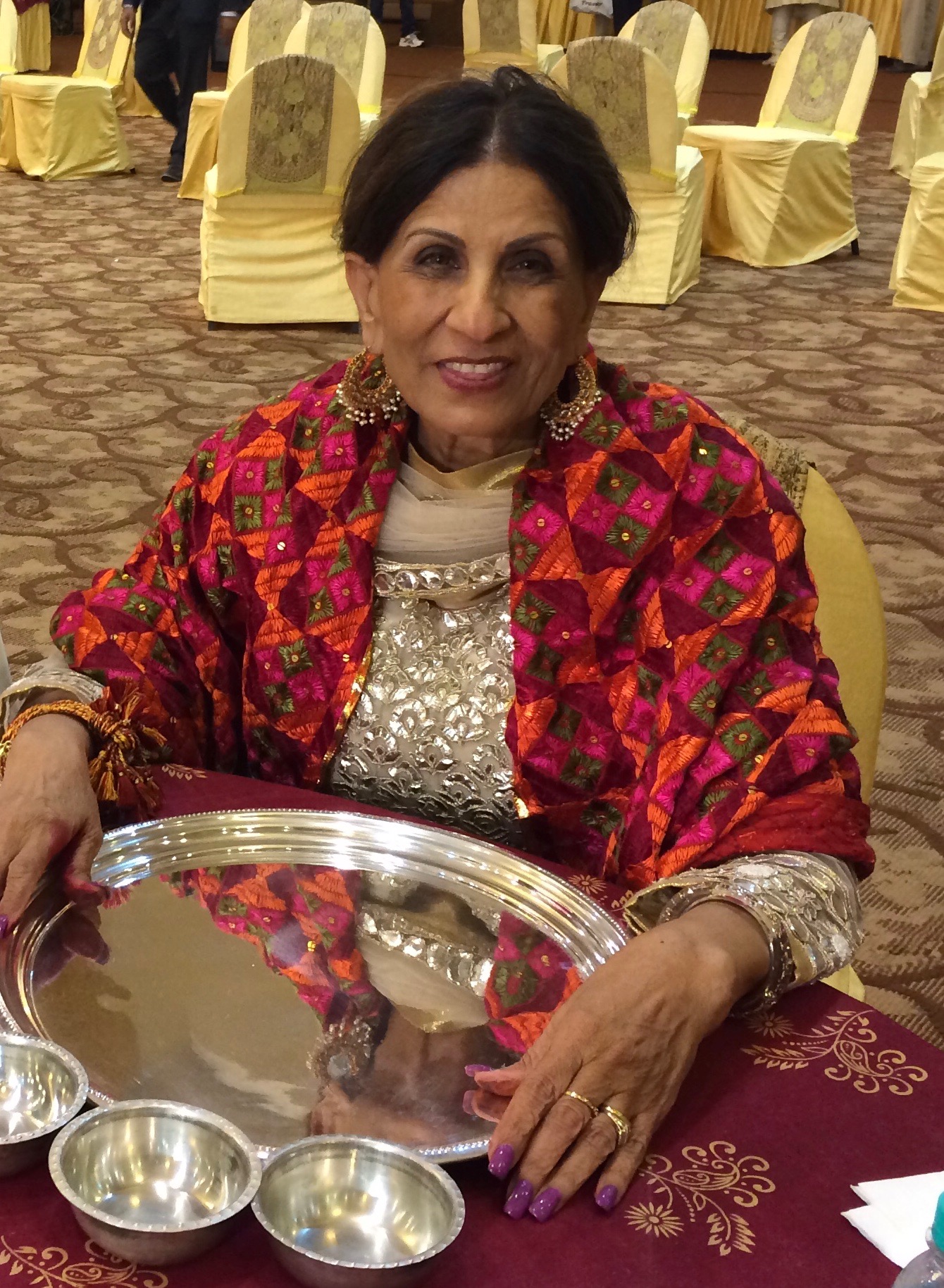 It was in 1982 when she first arrived in Fresno. Her first two children, Rachana and Roopam, were born on the east coast, but her youngest, Sukham, was to be born in the city she would call home. She quickly made the city not only home to her family and children, but strove to change its dynamics in ways that would leave a lasting legacy of purpose, mission, and service.

In 1987, this pioneer took to the radio-waves to initiate one of the first Punjabi language programs in the United States. In the late 1980s, KBIF AM 900 was cultivating a unique niche for itself serving Fresno’s Hmong and Punjabi communities. While weekdays were aimed at the Hmong listeners, come Saturday morning the format changed to Punjabi-language programming. One of the first hosts starting an original program was none other than Guddi Sidhu.

While many shows soon followed, it is impossible to underscore how unique it was to hear a Punjabi woman’s voice every week on the radio waves sharing her thoughts and infectious enthusiasm. In a community where far too often, patriarchy allows men to monopolize public spaces and attention, Guddi Sidhu carved out a platform for herself and one that she always used to raise other women and issues related to women. From Bakersfield to Modesto, listeners tuned in to hear her share stories, poems, songs, and her love for all things Punjabi. As apps and live-streaming became evermore popular, Guddi was able to reach a worldwide audience as well.

It wasn’t radio alone that Guddi Sidhu conquered. She was a trailblazer in bringing Punjabi to the television sets in the 1980s. It was in this capacity that she built one of her closest relationships with Gurpreet Mann. Together, they launched Awaaz-e Wattan, a one-hour weekly program that connected culture, religion, and commentary to a new medium. They never shied away from producing original content on the community’s most painful moments. Recordings like Shaheedan Di Yaad were produced by Awaaz-e Wattan on the events of 1984 and circulated on Sikh VCR players across the United States.

While media are a key part of Guddi Sidhu’s legacy, one of her greatest passions was related to uplifting and amplifying women’s voices. She started the first “kitty” groups, established the Sikh Women’s Organization of Central California (SWOCC), and founded one of the first Theeyan festivals for women in the state. Kitty parties are popular throughout South Asia to give women an opportunity to socialize and connect. It is also an informal savings club that provides microloans to women. It was also unique in bringing up topics that were often taboo in other locales, especially on concerns of women. The group initiated by Guddi Sidhu was one of the longest running and a model for many other groups that have started in its wake. 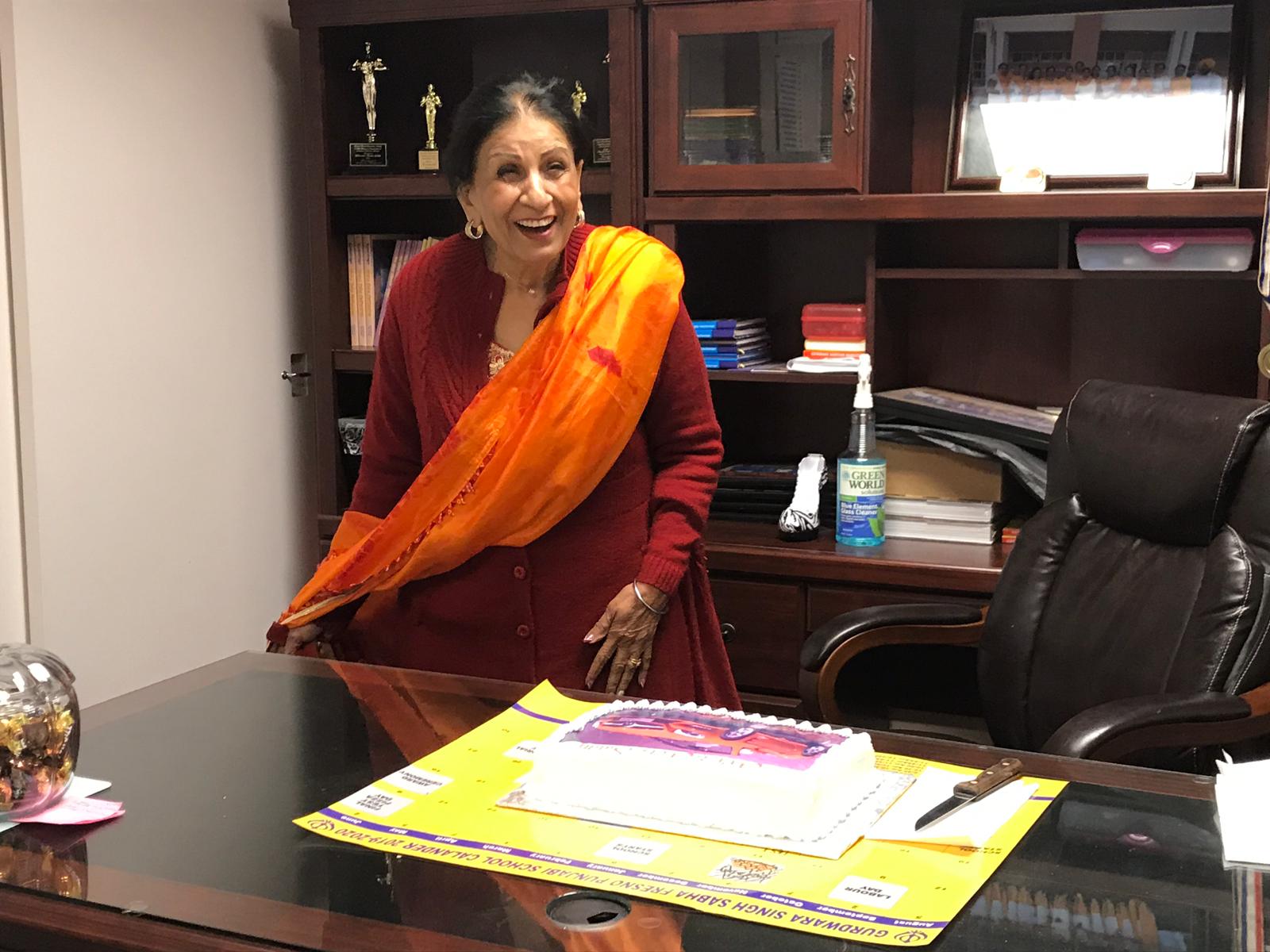 In the early 2000s, Guddi Sidhu along with many other women established the Sikh Women’s Organization of Central California (SWOCC). A Punjabi initiative in line with International Women’s Day, the program was designed to highlight stories and concerns that were often dismissed or overlooked by other venues. From domestic violence to women’s empowerment, no topic was off limits. The organization has continued to grow and expand in its efforts and reach. From providing scholarships to young Sikh women to sponsoring the Marjaree Mason Center’s mission, Guddi Sidhu’s vision and foundation will strengthen in the decades to come.

Few programs have the vibrancy and anticipation as the annual Theeyan Festival at Kearney Park in Fresno. In 1996 Guddi Sidhu and others created this event aimed at women of all ages to have a forum all to themselves to celebrate, share, cry, laugh, and mostly sing and dance. From all classes, from all ages, and from all walks of life, Punjabi women have this forum to come and share their traditional, contemporary, and unique boliyaan and giddha.

Guddi Sidhu empowered others through creating new forums and her powerful example and presence. Whether emceeing Pardesi Night or sponsoring Punjabi theatre or showcasing her beautiful calligraphy and knack for art, her laughter and zest for life created an impression upon all. Her presence had meaning and she did not take that lightly. Often she was the only woman on stage or in a picture in a crowded field of men. Whether as Vice-President of the Executive Committee for the Sikh Institute of Fresno, she set an example for young Kaurs all around her. 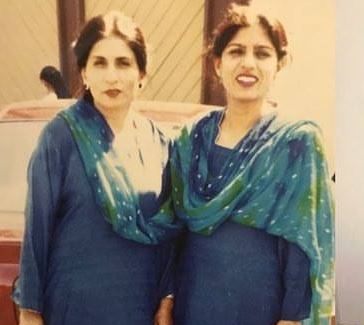 While all these accomplishments would be enough for multiple lifetimes, Guddi Sidhu’s most impactful legacy was co-founding the Fresno Punjabi school with Sharanjit Kaur Ranu, endearingly called Guddi Ranu. The “2 Guddis” as they are lovingly known raised generations of Punjabi Sikh children in the region. It was in 1988 that the idea to start a Punjabi School originated. Dedicating rooms in their houses, each week 10 students came to learn the fundamentals of the Punjabi language, Sikh history, Sikh religious practices, and culture.  While the impetus was to make sure their 6 children knew their heritage, all the Punjabi children of the region were equally as important and they treated them as their own. They were known as the “Guddi Aunties” by the children of Fresno and now by many of those children’s children. The formal Punjabi school began in 1989 with the opening of the Sikh Association of Fresno's original building on Dakota Street and over the years that original 10 grew to over 200 a year, and over the past 30+ years over 3000 children have benefited from the commitment of the Fresno Punjabi School staff.  Week in and week out, Guddi Sidhu dedicated her Sunday to the Punjabi school and the education of all its students. From fruit rollups for snacks to her infectious smile to her singing on her voicemail, no part of the Fresno Punjabi Sikh community has not been touched by Guddi Sidhu. 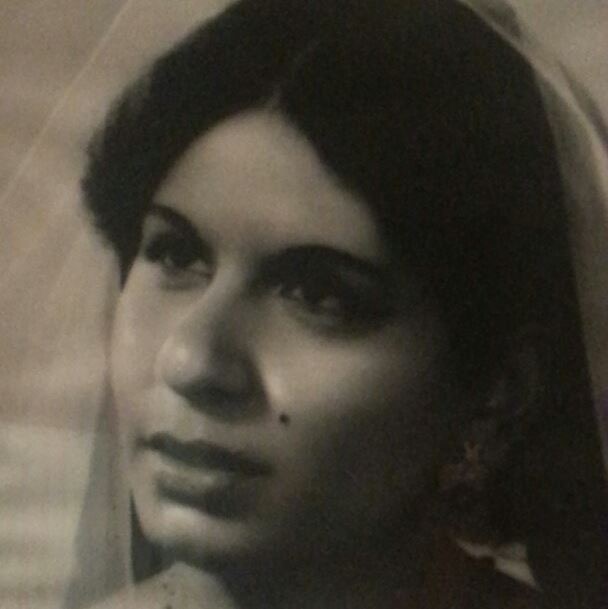 On a personal level, Guddi Sidhu was an avid tennis player and for years devoted to her friends, like her beloved doubles partner, the late Tejinder Dhillon, and teammates at Sierra Sport and Racquet Club. Her interest in sports was a continuation in Punjab where she was a noted markswoman and sharp shooter. She was adored by all that met her and in August 2017 was recognized by the Fresno City Council, especially Councilmember Esmeralda Soria, for her commitment to the city and its youth.

So how did she do this? She had a devoted husband in Dr. Gurcharan Singh Sidhu that adored her, encouraged her, supported her, and loved her enough to defy their parents’ wishes and marry on April 16, 1971. Sacrifices were made especially in time and borne by her children, Rachana, Roopam, and Sukham. Guddi Sidhu reveled in the extensions of her family with Mahipal and Divya, and their newest edition, Nidhii. She had their support and encouragement. They had her admiration and love. She would choose her children over anything and if put to the test, she chose what was right, no matter what the repurcussion. 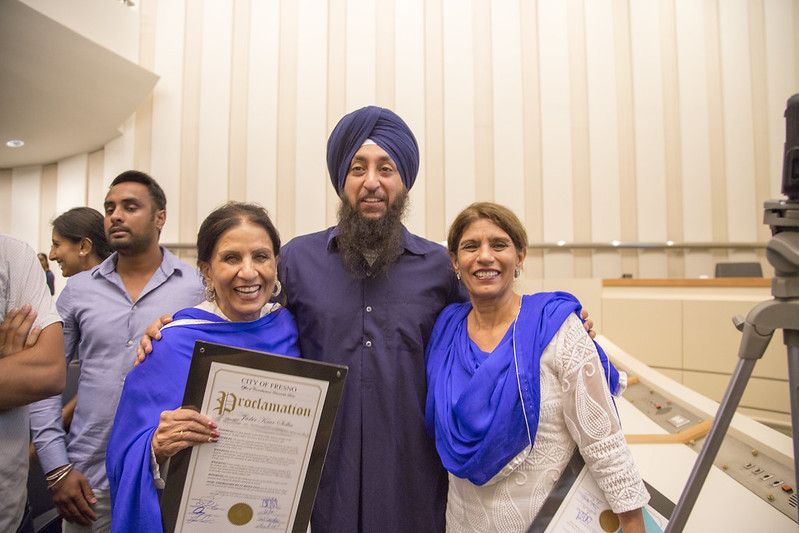 So how do I know this? How can I write this? I was also her child and raised by her largesse. Everyday she picked me up from middle school. I would ride my bike to her house to pick up m brother and was amazed at how she made her home open to all the children of Forkner. Her house was always full of life and my Sunday evenings were often spent eating Pizza Hut and watching In Living Color in her bedroom. Her children and many of those from our original group were extended siblings and relatives. We celebrated birthdays, fought for toys, and learned our first bhangra and giddha steps in her backyard. Her New Year's Parties were for the ages. When with her daughter’s encouragement, a few of us initiated what would become the Jakara Movement, Guddi Sidhu and her husband always shared their dasvaand, generosity, and time to support its mission. She believed in the youth and their potential. Whenever I needed someone to consult, whether about an upcoming gala or how to tackle a particular problem, she would always encourage me and make her home available to chat and plan. Many evenings were spent with Guri Uncle and Guddi Auntie on their couches just talking, commenting on the news, and sharing about life. On one of my last meetings with her, I recalled some of my earliest memories when she would wear ‘western’ wear and asked her why for the past 30 years did she choose to only wear Punjabi clothing? She gave me a lesson. “Eh saadi pechhaan.” This is our identity, this is how we’re recognized. In a community that often fears and hides from its own identity, Guddi Sidhu was the epitome of fearless (Nirbhao) and without enmity (Nirvair). She was a trailblazer, a pioneer, a Fresno original. She lived a life of meaning; she lived a life of legacy; she lived a life of service; she lived a life with mission. She transformed the Punjabi Sikh community; she transformed Fresno. She made a new history possible. She will be dearly missed. Thank you for your courage, your compassion, your style, and your love. We honor you Guddi Sidhu and forever our 'Guddi Sidhu Auntie.'