In honoring Honoring Human Rights and Emerging Communities in Bakersfield, we propose changing the name of Stonecreek Park to Jaswant Singh Khalra Park.

Southwest Bakersfield is a hub for many old and new 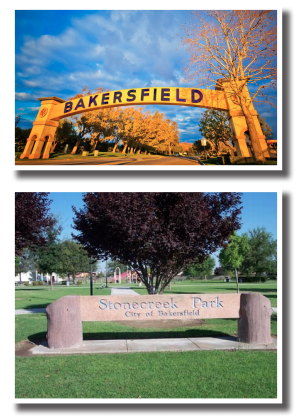 residents. Stonecreek Park is a neighborhood hub bringing together diverse populations of the city, especially residents of both Ward 1 and Ward 7.  Named after an early housing development, the "Stonecreek Park” name is not in sync with the changing demographics of the city.

Jaswant Singh Khalra (1952-1995) was a human rights activist from Punjab (India).  When Punjab entered a dark period during the 1990s, Jaswant Singh made a vow to the families of his colleagues that had been unjustly killed to discover the truth.  He advocated for human rights and traveled to Canada, UK, and the US to tell the world what was happening.  He knew that his life was in danger due to his actions, but he was fearless.  Amnesty International, Human Rights Watch, and other international human rights organizations have recognized his work. In September 1995, the same forces that had killed so many innocents, picked him up from his home, tortured him, and murdered him with impunity.

The City of Bakersfield has recognized and acknowledges the atrocities of the 1984 Genocide in passing A Resolution of the Council of the City of Bakersfield, commemorating the November 1984 violence in India as Sikh genocide.  The City of Bakersfield has acknowledged that more than 35,000 Sikhs live and work in the City of Bakersfield and the surrounding areas, making vital contributions to the well-being of our community, acknowledging the violence against the Sikhs continued unabated for several days in more than 100 cities across India resulting in over 30,000 Sikhs killed, acknowledging in 2011, a mass grave of Sikhs was unearthed in the village of Hondh-Chillar, state of Haryana, which was followed by the discovery of other mass graves, ruined villages, burnt Gurdwaras and other traces of Sikh population annihilation during November 1984, acknowledging it is important to the Bakersfield community that we acknowledge such history in order to declare such acts atrocious, voice our hope that those responsible are punished, and express appropriate sympathy so that history does not repeat itself.

In honoring someone who has been coined like the Martin Luther King Jr. of the Sikh community, we seek to honor the legacy of 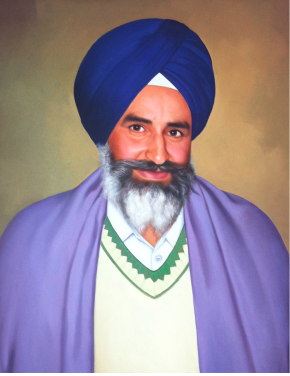 Shaheed Jaswant Singh Khalra in renaming Stonecreek Park. With the success seen and community togetherness felt in Fresno, CA we seek to carry on Shaheed Jaswant Singh Khalra's legacy - the legacy of this individual reflects his dedication to human rights and the Sikh community. As an MLK Jr. park exists in communities across our nation, we seek to emulate this honoring of Human Rights and its advocates. In recognizing the City of Bakersfield and its residents, Jaswant Singh Khalra’s life is a symbol of hope for all that care about human rights, dignity, truth, and justice.  Naming a park in his honor preserves that legacy and celebrates the values that all of Bakersfield's residents hold high.  The Punjabi community is nearly unanimous in desiring this and we believe that all residents in Bakersfield would be honored upon learning of his history.

Sign your name and stand in solidarity with the Sikh community in Bakersfield in renaming this park.  Thank you!  Please share widely!