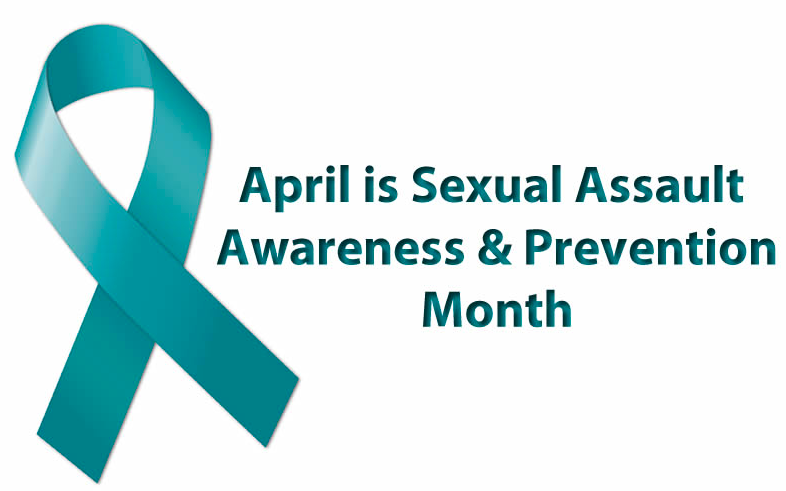 For those that may not have known, April is Sexual Assault Awareness Month (SAAM).  We kicked off our efforts in sharing an Open Letter to the Sikh Community.  We hope you all had a chance to read it.  Today on April 3, we are participating in "International Day Against Victim Blaming."

"Victim-blaming" is common in all cultures, but amongst our own community of Punjabi Sikhs, it can take many forms. As sexual assault most often occurs amongst people that know each other, often power relationships are abused.  This can take the form of sexual abuse to children of all ages, date rape, or even marital rape.  Too often, whether the victim is a male or female, associates of the person in power circle around them to protect them and to then begin victim-blaming.  Instead of standing with the victim, we hear charges about clothing, "wanting it", or even remaining silent.  This must stop and as a community, we must make a break with this past.  The Gurus stood for the weak and sought to empower them.  This is the duty of Sangat today and begins with us standing with those that have been abused and are marginalized.  In the immortal words of Guru Baba Nanak:

The very next line reads:

Here are 5 ways you can help spread the word today:

1) Talk about it - help start the conversation!

Have discussions with the people around you about when you've felt blamed or have blamed others for their sexual assault. Let me start, with an incident where I was guilty. In high school, a friend shared about a time where she had been inappropriately touched on the the street, when we met later in the day and she shared how angry she was, I inappropriately responded saying "just ignore it," as if my friend was the one who needed to change my behavior.

When have you been blamed for assault? How did it make you feel? How can we stop it?

The hisaydars of the Jakara Movement have sought to publicly take a position, read it, share it with a friend, and if you too agree with it, sign it on the bottom.  Help open this conversation to as large of a sangat as possible.  Silence can be crippling to those that have been victimized, let's end that together.

3) Reach out to a survivor of abuse and let them know it wasn't their fault.

Given how much we tend to engage victim-blaming, if you know a survivor, they have probably been told at one point in time that they could have prevented it. Tell them that you support them. Tell them that it wasn't their fault.

Below you will find downloadable FB banners/IG pictures.  Download them, share them, and help amplify the conversation!  Follow us on Twitter as we are participating in the conversation @jakaramovement using the hashtags #OpenLetter #SAAM #SAAM2015 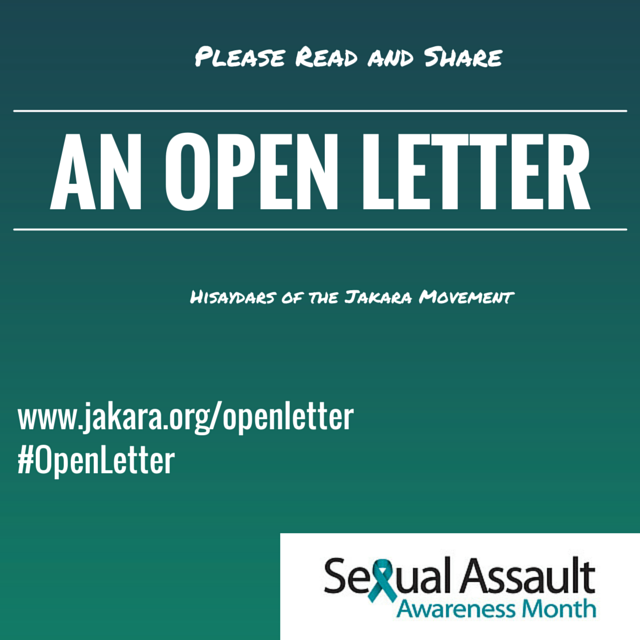 In Gurbani, having daya (compassion) is one of the attributes of Waheguru and one that we can embody as well.  Give love, share love without judgement and without pity.  You don't know everyone's story, be patient with others and love each other as a community and sangat.