We are The Radical Monarchs - Movies That Matter

Meet the Radical Monarchs, a group of young girls of color at the front lines of social justice. Set in Oakland, a city with a deep history of social justice movements, the film documents the journey of the group as they earn badges for completing units including being an LGBTQ+ ally, preserving the environment, and disability justice. Started by two fierce, queer women of color, we follow them as they face the challenge to grow the organization, both pre and post the 2016 election. 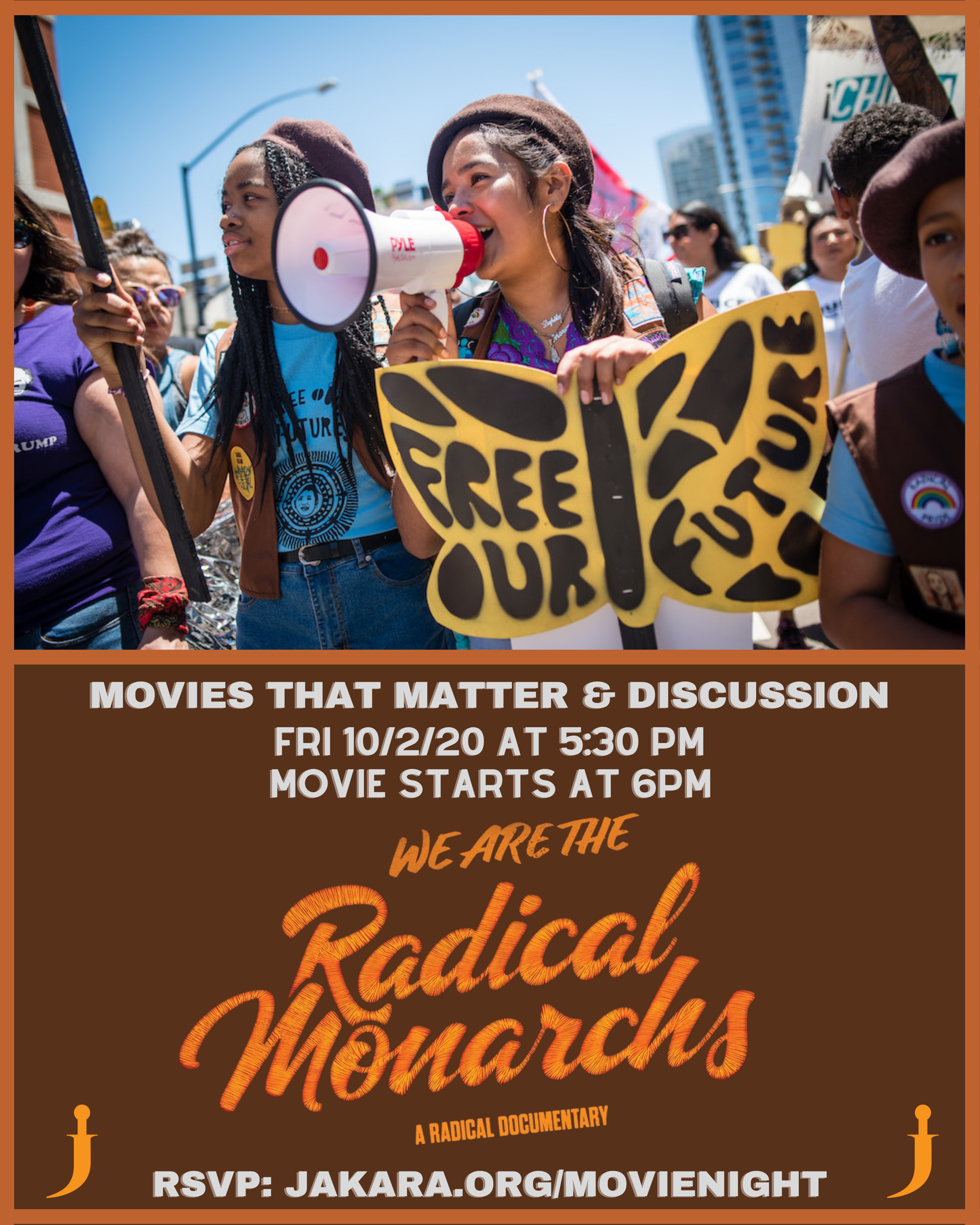 In 2014, Oakland community organizer Anayvette Martinez invited her friend Marilyn Hollinquest to help her launch a more inclusive alternative to Girl Scouts for her young daughter. The service group they founded does wear berets and vests, and the girls do earn merit badges, but they are more likely to speak on your behalf before the city council than sell you cookies

Goldstein Knowlton [director] presents a vibrant view of the Oakland community, using radio news soundbites for context to track the organization’s growth from the age of Obama and the shadow of Ferguson to the foreboding specter of Donald Trump (the film ends in 2018 and includes a postscript). To see the girls embrace subjects such as Radical Beauty and Radical Pride that speak to who they are and where they live and meet inspiration Alicia Garza, co-founder of Black Lives Matter, is to feel a surge of optimism.

Overcoming growing pains — in this case, the demand for more troops around the country and in Canada far outstripping the two founders’ time and resources — and obstacles such as an attack from Fox News only strengthen the Radical Monarchs’ resolve. And face it, if you’re making Sean Hannity uncomfortable, you must be doing something right.

Most impressive are the girls themselves. Over three years, the girls grow from curious pre-tweens to experienced social justice activists. If movements are judged by embodying the change they seek, the first generation of Radical Monarchs is a heartening success.
--------------------------------------
All are welcome! Please help us spread the word for this wonderful opportunity and as dive deeper into our "movies-that-matter" series!