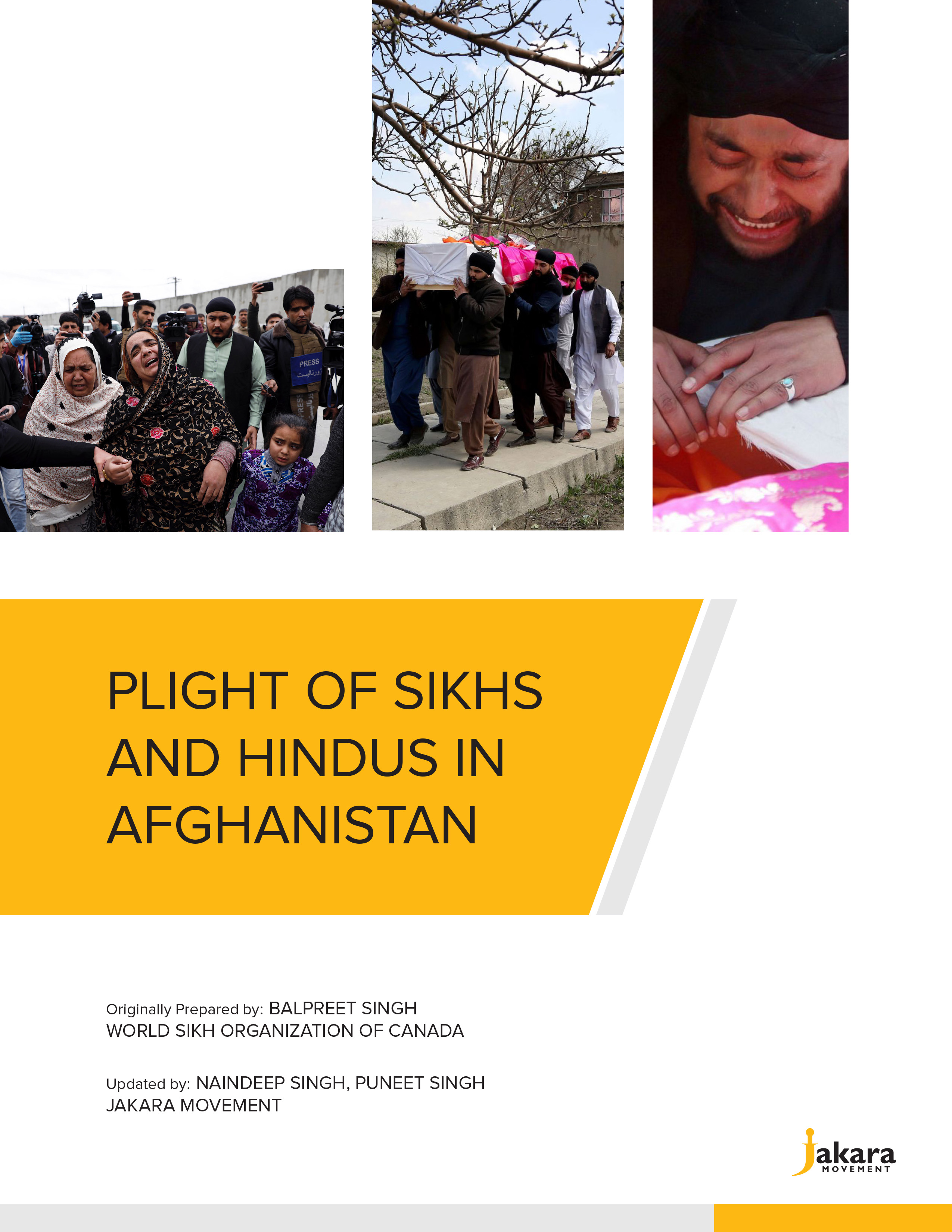 Sikh and Hindu Afghans face imminent danger to life, liberty, and property in Afghanistan. Their future is tenuous and endangered. They are currently under the specter of threat of death by ISIS terrorists, who have murdered nearly 45 members of this small community in suicide attacks over the past 18 months, and have given an ultimatum to immediately leave the country or face greater onslaught.

The Sikh and Hindu communities have lived in Afghanistan for centuries but now make up less than one percent of Afghanistan’s population of approximately 30 million. Prior to the collapse of the pro-Soviet regime in 1992, there were nearly 200,000 members of the two communities. The number is now estimated at 395 families, as many Sikh and Hindu families sought refuge in other countries during the civil war due to targeting and restrictions upon the practice of their faiths. Conditions have not improved with time and religious persecution in the form of the jizya (religious tax on non-Muslims), harassment and even the ongoing threat of abduction and kidnapping have made living conditions in Afghanistan unbearable for the Sikh and Hindu communities. Repeated suicide bombing attacks, especially at religious institutions, with increasing frequency and the government unable or unwilling to provide the necessary security means the days for the community are numbered.

On 25th March 2020, terrorists from the Islamic State (ISIS) stormed a crowded Sikh temple and housing complex in Kabul, killing at least 25 people, and injuring 8 after holding a 150+ community hostage within complex, inclusive of women and children. Of the deceased, one is a 3 year old child. Later, the community was further traumatized as a bomb was detonated beside the cremation site of the deceased Sikhs.

Currently we are working with a number of other Sikh organizations and individuals to see what we can do in the United States. As part of a collaborative, we have received support from some Congress members, such as Jim Costa, who wrote to the Secretary of State.

We released a report building on the work of the World Sikh Organization of Canada. You can read the report here. We are looking for individuals that seek to help in these efforts. Please complete the volunteer form and we will be in contact to provide more information. Thank you in advance!