With hate crimes on a rise, I think it’s crucial for all of us to come as one to raise our community profile, create real interactions, and build sangat through initiatives like the Know Your Neighbor.

The first time we had the Know Your Neighbor event was in Fresno when Piara Singh ji was beaten for simply being a Sikh man. To put an end to such ignorance, our Sikh youth got together to educate their neighbors about Sikhs.

Just recently, similar hate crime took place in Kent, Washington. A Sikh man was shot in his arm and was told to go back to his country. I was at the Stockton Gurudwara when I first heard about this. I was furious and wanted to have the know your neighbor event in our local community before such incident took place in our area! 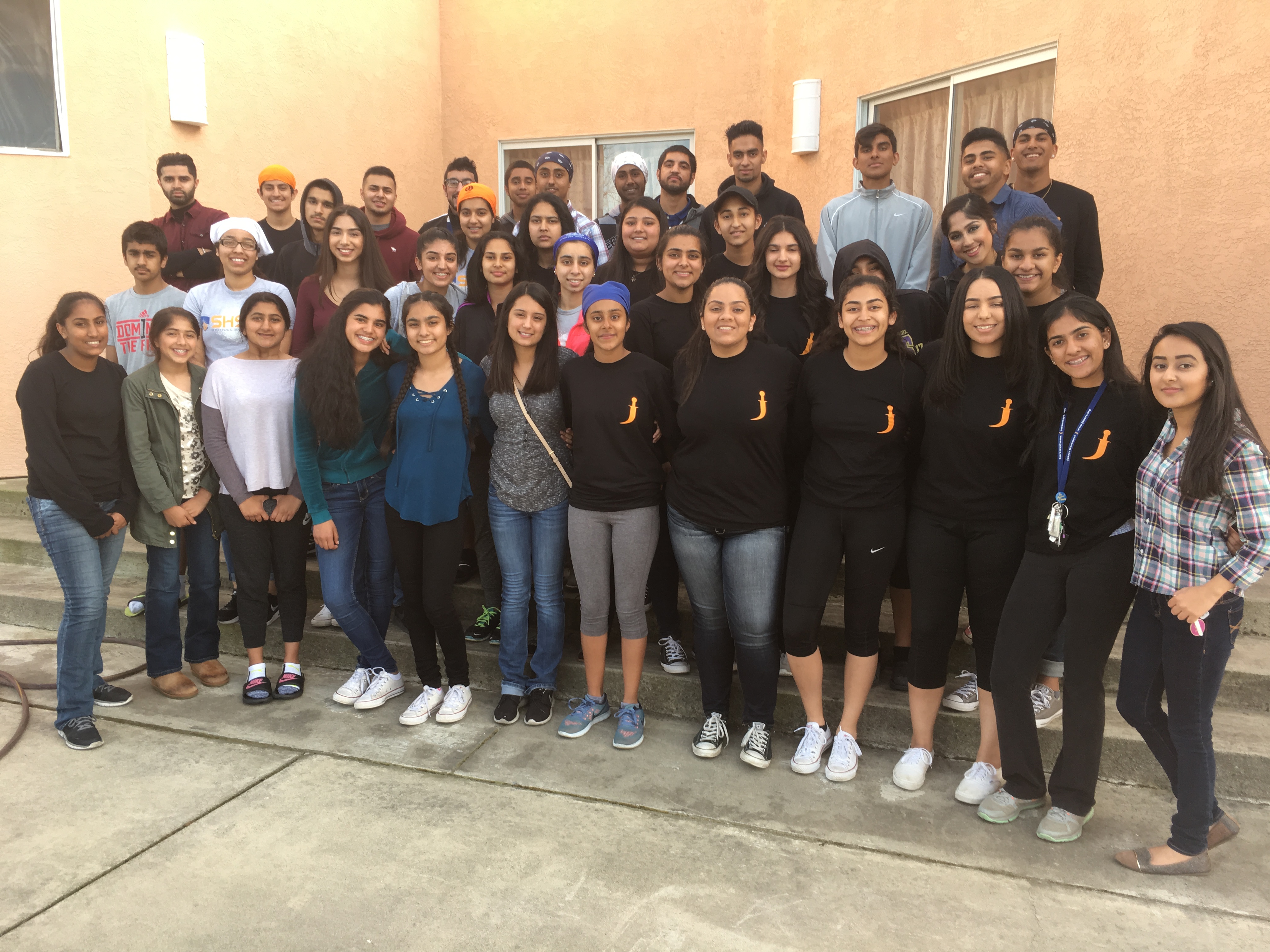 Livingston High School’s Sikh Honor Service Society’s members came together with Merced College’s Jakara Movement Club and had a Know Your Neighbor event in Livingston from March 9th to 11th.

-Close to 30 volunteers got together and divided up into 5 groups. Each group was assigned a certain neighborhood around the Sikh Temple Livingston. Our sevadaars went from door to door to hand the families a flyer that informed them about the pizza we were delivering the next day!

-The next day, we had about 40 students who delivered 120 pizzas to the families. We gave them pizza in appreciation for their support and goodwill. Along with a box of pizza, we also gave them an information sheet with few facts about Sikhs in the Livingston area and invited them to an open house at the Sikh Temple Livingston for the next day.

-The last day, we had students divide into groups and stand at different areas of the Gurudwara. Few students stood by the gate to greet and welcome our non-Sikh guests, who then, walked them over to the Nishaan Sahib.  Our next group stood at the Nishaan Sahib and explained what it symbolized for Sikhs. Our third group took them inside the Darbaar Sahib and educated them about Guru Granth Sahib Ji. The last group gave them a tour of the langar hall and offered them samose and gulabjamun.