We are asking you to sign this petition and publicly say, “Enough is enough. Not in our Gurdwaras.”

People justify reasons for these scenes and the factors and backstories are often innumerable.  Whatever the case, they are irrelevant.  It doesn’t matter.  We have to figure out better ways to solve disputes in our Gurdwaras (personal or otherwise) rather than merely through violence.  Violence in our community goes unchecked and far too often we see it in our Gurdwaras, in our homes, and even against our unborn females.

Let us create a groundswell of determination and a united voice that the Gurdwara – that “door of our Guru” – is where Sangat, Seva, and Simran come together; it is not to be the place for a clash of egos.

We will use this page to publicly document both the violence and the reaction to violence against these sorts of scenes.  We will print out the names of those that sign and share with the community and institutions that our voice is united in condemning this.  Enough is enough. Not in our Gurdwaras!

So stand up; publicly stand up!  Get others to stand up; and sign up!

We will use this page to continue to chronicle our indignation of this sort of conduct at the Gurdwara: 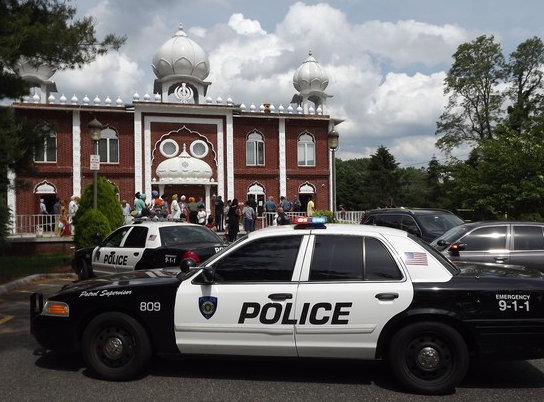 A disturbance involving about 200 members of the Sri Guru Singh Sabha Sikh Temple in Glen Rock Sunday afternoon prompted the response of about 20 police officers to prevent a potential fight from breaking out.

Ultimately, the crowd dispersed without incident and no injuries were reported nor arrests made, police said.  See more of story [click here for article in Ridgewood-Glen Rock Patch] 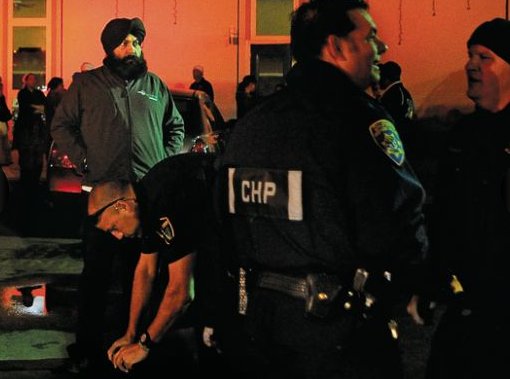 Two men were stabbed, a third was assaulted, more than a dozen were pepper-sprayed and several others were hurt Saturday night during a brawl outside the Tierra Buena Sikh Temple in Yuba City.  See more of story [click here for article in Appeal Democrat]