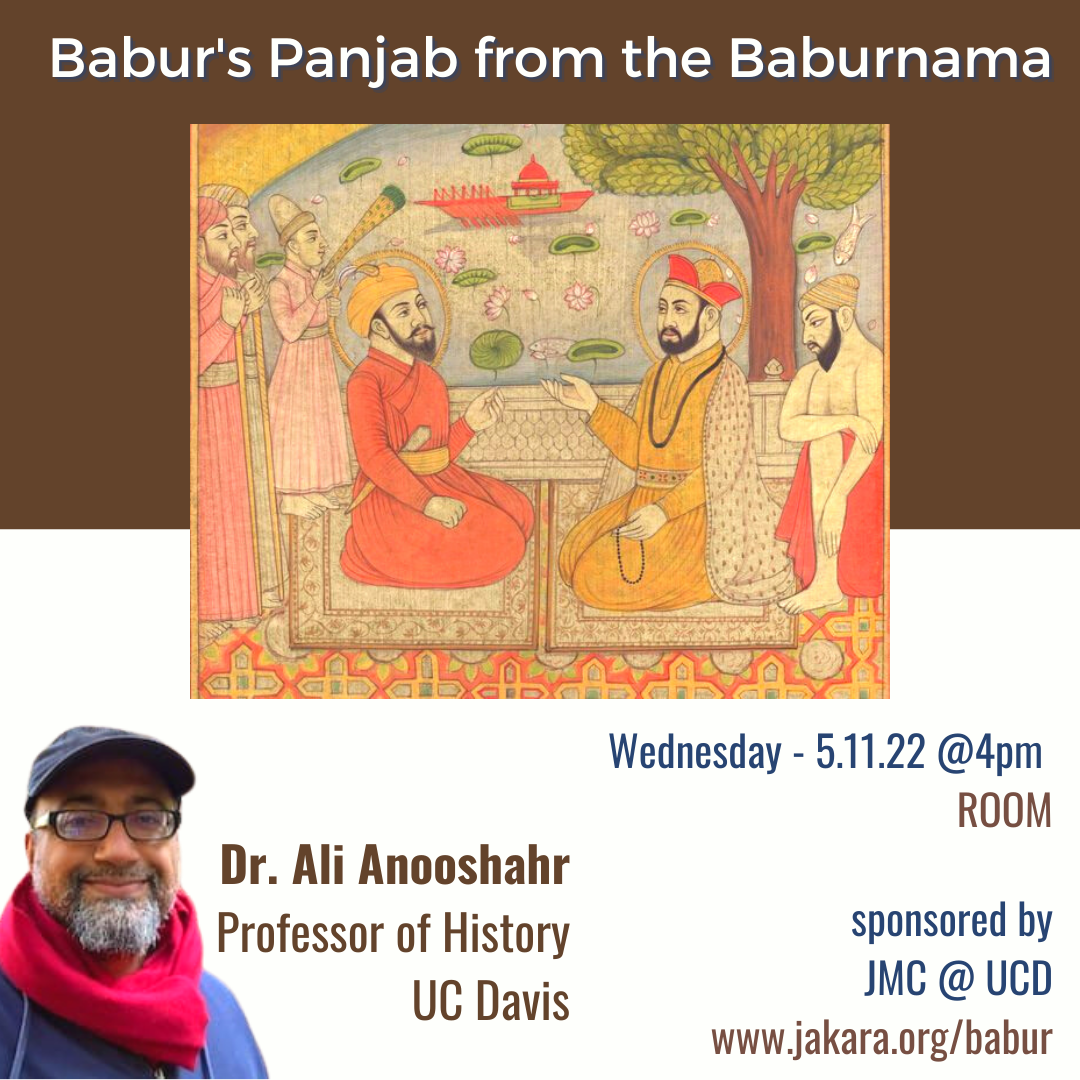 Babur, born Zahir ud-Din Muhammad, was the founder of the Mughal Empire in South Asia. He was a descendant Timur and Genghis Khan, through his father and mother respectively.

Repeatedly conquering and losing his ancestral lands around Samarqand, his family would come to rule South Asia in some fits and starts for the next three centuries. Babur also has a special resonance within Sikh history. Sikh tradition remembers Babur in different ways and faces in connection to Guru Nanak.

We are excited to be joined by Dr. Ali Anooshahr. Ali Anooshahr received his B.A. from the University of Texas at Austin in 1998, and his M.A. (2002) and Ph.D. (2005) in Islamic History from UCLA. He was a CLIR-Mellon post-doctoral fellow in 2005-6 (cataloging Persian, Ottoman, and Arabic manuscripts at UCLA Library’s Special Collections) and Ahmanson-Getty Fellow in 2006-7. He taught at Saint Xavier University in Chicago (2007-8) and moved to Davis in 2008 as a scholar of “comparative Islamic empires” during the medieval and early modern periods. He is on the editorial board of the Journal of the Economic and Social History of the Orient.